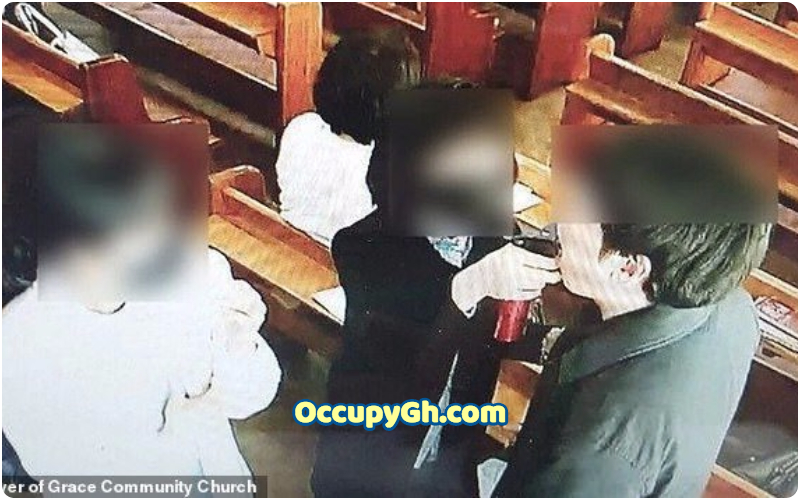 Pastor-in-charge, River of Grace Community Church in Gyeonggi Province, South Korea, Kim has tendered a public apology to members of his church for infecting them with Coronavirus (COVID-19).

According to local reports, the members numbered 46, were infected after an official failed to wipe a saltwater spray bottle they sprayed inside their mouths as they thought it would help prevent the spread of the coronavirus.

Surveillance footage from the incidence showed a church official sticking the spray bottle deep into the mouth of one follower after another, during a prayer gathering attended by ‘100 followers’ on March 1 and March 8.

“It’s been confirmed that they put the nozzle of the spray bottle inside the mouth of a follower who was later confirmed as a patient, before they did likewise for other followers as well, without disinfecting the sprayer,” said Lee Hee-young, co-chief of the Gyeonggi Province COVID-19 Emergency Response team.

“This made it inevitable for the virus to spread,” he said. “They did so out of the false belief that saltwater kills the virus.”

The church has since been closed and all its believers who attended the prayer sessions are being tested.

After being infected together with his wife, the Pastor apologized by saying:

“I feel deeply sorry about what has happened. I will take all the blame and responsibility,’ Kim told Yonhap News Agency, indicating his intention to retire after the ongoing crisis is over.

In this article:COVID-19, South Korea