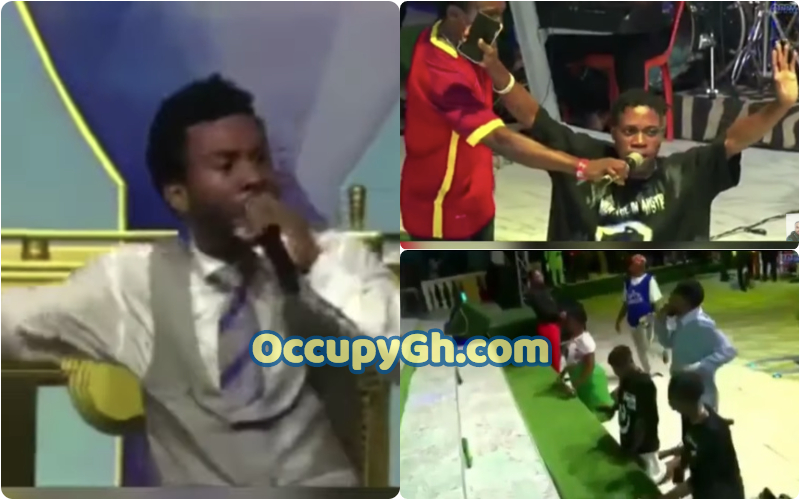 Today’s pastors are doing the most, doing miracles that have never been done, not even in the Bible.

A popular Nigerian pastor based in Spell has left many on social media berserk after a viral video alleging that he performed a ‘credit alert’ miracle surfaces.

According to the details gathered by OccupyGh.com, the said miracle landed members of his church with a huge amount of money in foreign currency.

In the video, the Delta State pastor in question is seen praying intensely for his church members as he prophesied that some of them will be credited at the spot.

BREAKING:  JUST IN: Man Shot At Dzorwulu As His Car Is Set Ablaze By Unknown Gun Men (VIDEO)

In this article:Nigeria, Religion, Viral