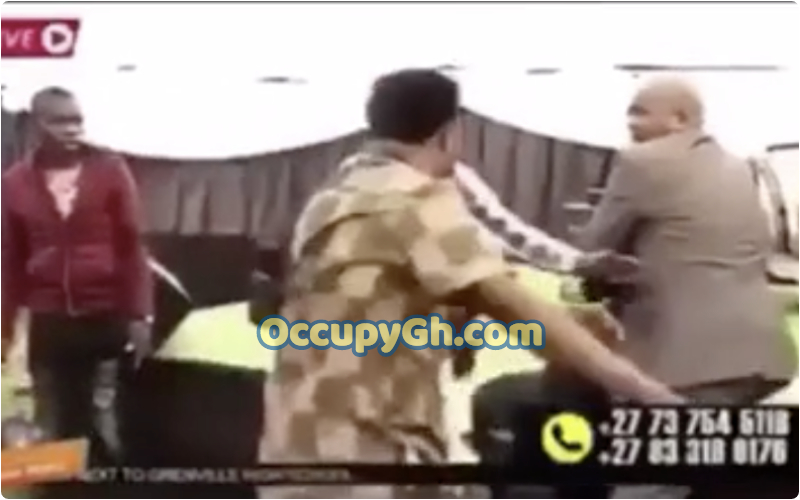 Pastor Slaps Congregant Like A Thief During Deliverance Service (VIDEO)

A shocking video that captures the exact moment a pastor slaps a congregant like a thief during a deliverance service has just popped up online.

In the video sighted by OccupyGh.com, a middle-aged man is seen confessing how he stole money with his brother, and instead of sharing the stolen money equally, he snitched on him and he was arrested, sentenced, and jailed.

The man went to the church to repent and seek forgiveness for conspiring against his brother.

While the man was confessing his evil deeds in the pulpit, the pastor lost his cool and gave him a hot slap.

The man of God wondered how someone in his right senses can do such a thing to his blood brother, prompting him to inject some sense into the man’s brainless head through a hot slap.

Ushers had to restrain the infuriated man of God before more damage was done.

In this article:Instagram, Religion, Viral