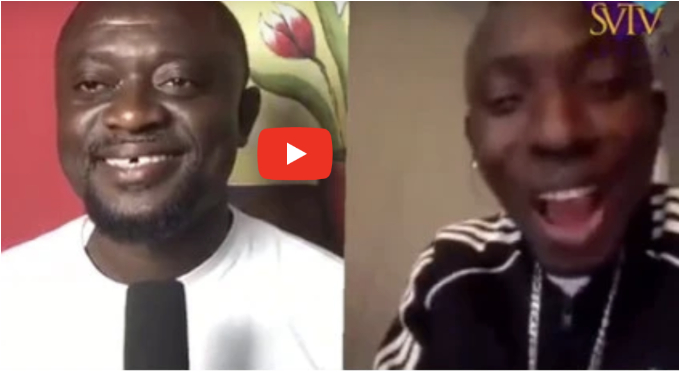 One time hitmaker of “One Corner” song, Patapaa has finally spoken after breaking the heart of his Ghanaian girlfriend with videos of him kissing and smooching his white girlfriend. (Video below)

In videos which flooded social media earlier on, Patapaa was seen kissing and smooching his white girlfriend in the kitchen.

The Swedru-based girlfriend of Patapaa, Patapezzy whom they’ve planned to get married very soon after watching the videos collapsed and currently at the hospital receiving medical attention.

Patapaa in an interview with SVTV ignored the question of why he has dumped his Ghanaian girlfriend for a white woman and stated that he will answer the question when he finally arrives in Ghana.