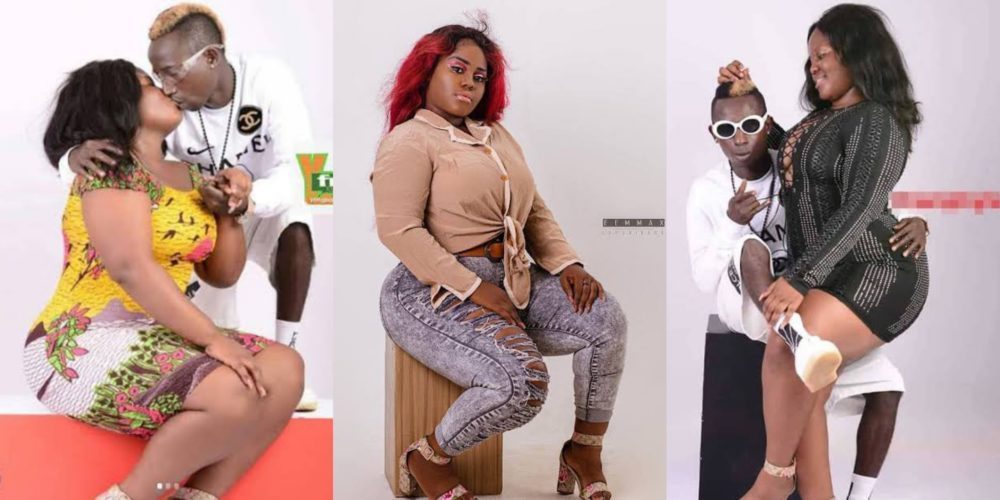 Pataapa has finally broken his silence on reports which stated that he allegedly ditched his Ghanaian girlfriend for a white woman he met during his Europe tour.

The “one corner” singer arrived in Ghana some two days ago and angrily snubbed the paparazzi that were bugging him for an interview upon his arrival.

Finally letting things off his chest, Pataapa who was touching on some issues that emanated from his tour, has explained that he is also disappointed in a Ghanaian girl who claimed he (Patapaa) was his boyfriend and got broken-hearted after seeing him hang out with a white woman.

The Agona Swedru based musician, who was speaking on Zylofon FM, vehemently denied ever dating the said lady, now popularly known as Queen Peezy, as he revealed that the girl only approached him, to fake a relationship with him as a publicity stunt.

According to the singer, who appeared furious whilst talking about the issue, he was highly disappointed in the girl because she has dented his brand with lies that have caused people to perceive some negative thoughts about him.

The singer also clarified that the white woman he was spotted with, in Germany, is neither his girlfriend too and that the viral videos which captured him hanging out with her, are only for a music video.

Hear more from Patapaa in the video below as he also detailed how he actually met Queen Peezy and share your thoughts with us.

In this article:Patapaa, Queen Peezy