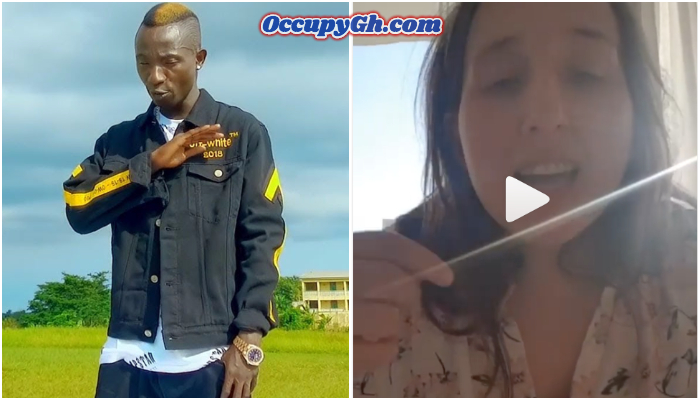 If you thought Patapaa’s ‘One Corner’ that went viral a few years ago was crazy, then you are in for the shock of your life as the Swedru champion has released another rap verse in a song called Daavi, that seems to be taking over the internet with the speed of light!

Patapaa’s verse on the song titled “Daavi”, is going viral because nobody seems to understand the lyrics, yet it sounds funny and interesting to rap along.

As usual many people have shared videos of themselves rapping along and trying to mimic Patapaa’s flow on the beat.

Check out some of the videos from #skopatumana challenge below including that of a random white lady :D…