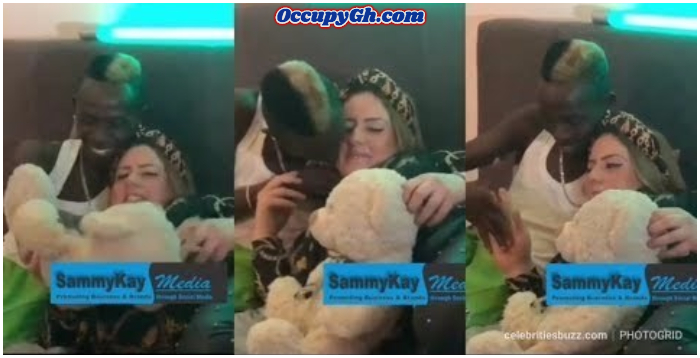 Patapaa who is currently on an Europe Tour in Germany seems to have taken some time off his busy schedules to enjoy the best of life with a white woman.

The white woman in looks to be in his late 40s was busy being smooch by Patapaa while she giggles.

In the video, Patapaa was caressing and kissing his White girlfriend and it has really caused a stir on social media.

UPDATED: Video has been taken down per our Media Policies but you can Click Here to check out more related videos.