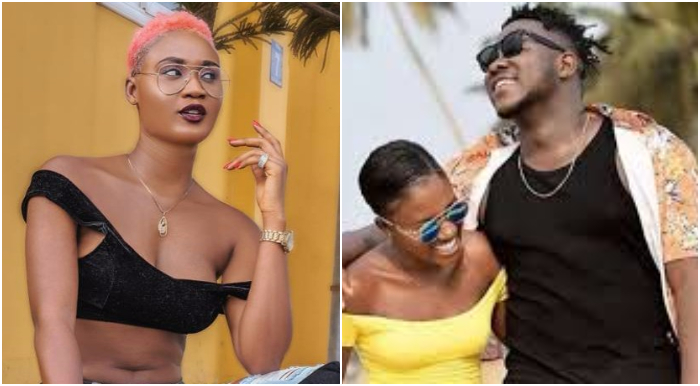 Musician Petrah has been spotted with an eligible tattoo of rapper Medikal on her chest.

Photos sighted by OccupyGh’s entertainment crew clearly shows Petra in a studio photo with Medikal’s name inked on her chest.

Medikal is currently going out with Fella Makafui and actually left his long term girlfriend Sister Deborah for Fella in what was actually a shocking move to a lot of Ghanaians who expressed it on social media.

Just yesterday, Fella Makafui warned a lady who referred to her boyfriend, Medikal as “Odo” on Instagram, Read the full story here.

Current happenings in the camp of Fella-Medikal could be something bigger, we are just seeing the tip of the ice berg, although we hope that it’s just mere coincidences.

Check the photo of Petra with Medikal’s name tattooed on her chest below: