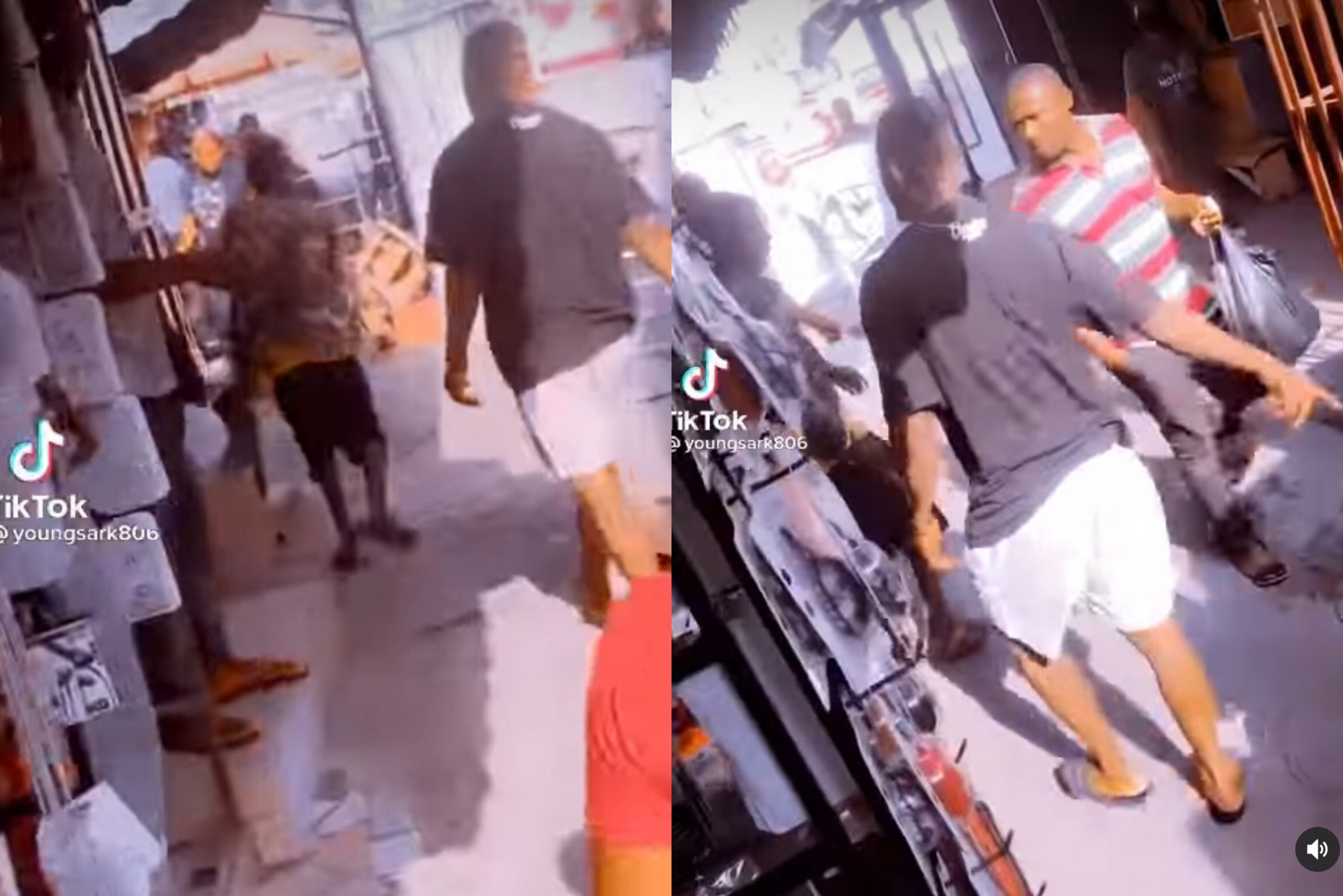 In Accra, walking in the marketplace with your phone in your hands will cause it to be snatched because there is one person who is there to steal.

In a video captured at Accra, a phone tried snatching some old man’s phone but received a dirty slap from a guy who caught him in the act.

He lost balance after that slap landed on her face, and started to walk fast before others get the attention of him being a thief.

This should serve as a deterrent for those who goes to the market with their phones in their hands.