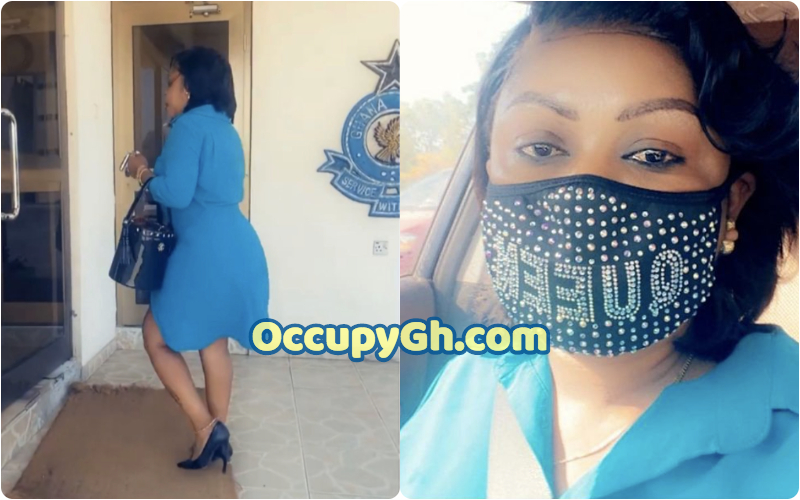 Photos of Afia Schwarzenegger in the CID office after she was reportedly arrested for harassing a prison in a police cell have just surfaced online.

Afia Schwarzenegger reportedly went to a police cell where Adu Safowaa was kept and recorded a video of her.

She reportedly assaulted Adu in the cell as well.

Other details are that Afia was picked up for implicating a rich man in her trivial issues with Adu Safowaa.

Well, a video shared by Afia indicates that she has been let go from the CID office.

A popular well-informed IG blogger has also revealed that Afia is lying and that she is still being kept at the CID office.

Check out the post below (Swipe to check out fans reactions) or visit OccupyGh.com for more related stories.