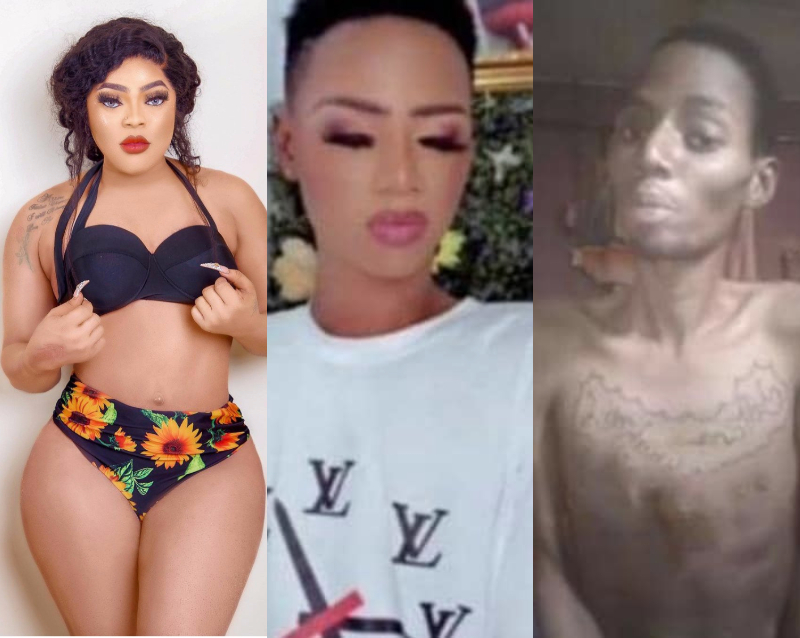 Man Suffers Ailment After Tattooing Bobrisky On His Chest

A young male fan of popular crossdresser, Bobrisky, who inked a tattoo of him has cried out for help online over a year after the viral act.

He revealed that he is suffering from a strange ailment as a result of complications from the tattoo of Bobrisky he drew on his arm.

It may be recalled that in March 2021, he tattooed the drag queen’s face on his arm as a show of love for Bob.

Fast-forward to September 2022 and he has now emaciated as a result of a disease that he said he got from the machine used on his body.

In a video posted by Instablog9ja, he appealed to Nigerians to help him ask Bobrisky for forgiveness for what he did.

The guy had switched sides at the time and joined the camp of Bobrisky’s rival, James Brown over failure to honor his promise.

He called out Bob for not giving him the money he said he would dole out when he acknowledged him for the tattoo.

But in the recent video, he said that all he needs was for the crossdresser to give him a second chance and help him.

The young man who looked really ill then burst into tears while making the appeal.

Meanwhile, last year, a viral video showed the moment the boy’s mother sought help from Bobrisky after her son had tattooed his face.

She said, “Hi Bobrisky, Good morning ma. Please, my son will come with you o. Please help my son o. My son draw you on his hand. God will bless you ma, mama. Long life and prosperity ma.”

In this article:Bobrisky, Nigeria, Viral