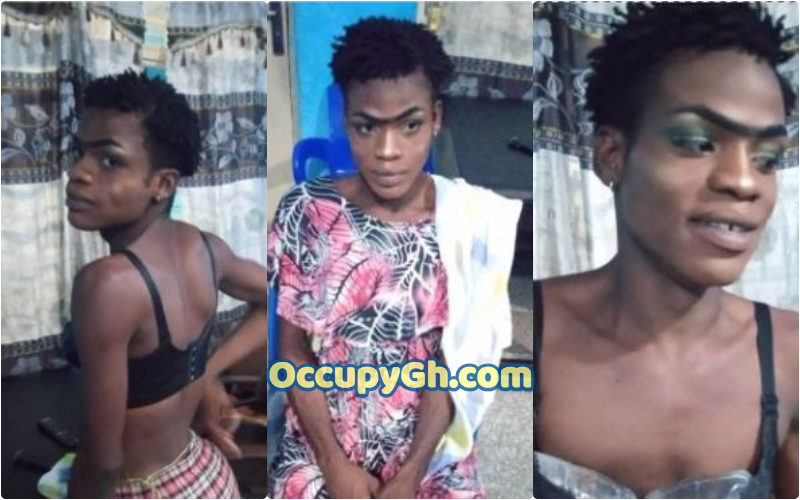 A piece of details reaching us at OccupyGh.com indicates that the Ghana Police arrested an alleged gay man at Oyarifa in Greater Accra.

The arrest reportedly happened on the 10th of March, 2021.

An eyewitness named Ibrahim Bawah said he spotted the gay man at about 2.00 pm at an Oyarifa suburb called GhanaFlag dressed in a female straight dress.

Upon being questioned as to why he is dressed in a female attire while he is a man, he couldn’t come up with any tangible reason.

Upon further probe, it was then alleged that he was waiting on his gay partner for an activity.

The suspect, name withheld, has since been handed over to the Adenta Divisional Domestic Violence and Victim Support Unit DOVVSU.