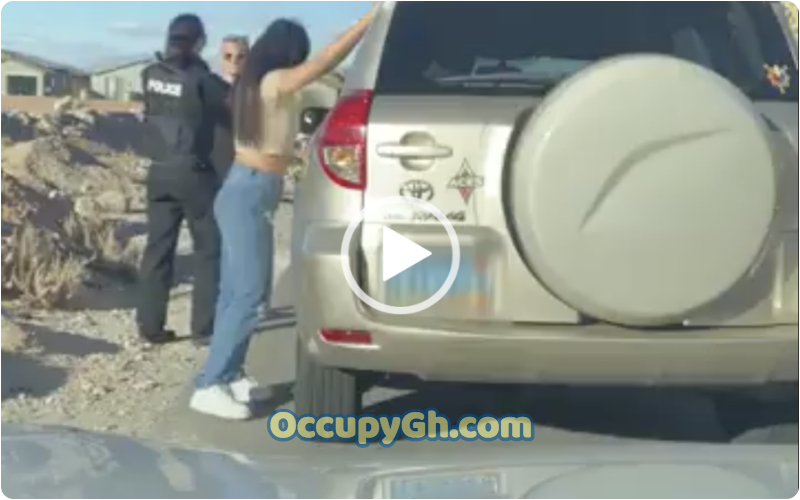 The drama unfolds in a new video that has just surfaced online involving a patrol police officer, his wife, and a random man.

The video captures the exact moment a patrol policeman stopped a car while on duty only to find hi wife sitting inside the car with another man.

In the video sighted by OccupyGh.com, the officer stopped a car to question the driver on whether he was driving drunk but discovered his wife was in the car with her boyfriend.

He then asked both of them to step out of the car, and administered a field sobriety test on the man, while he told his wife to place her hands on the car.

While checking to ensure if the man was drunk or not, the policeman asked him if he knows the woman and he said that she was his date, but the Police man disclosed that she is his wife.

The officer then asked the man to drive off leaving the woman behind with her bags, after which he told her to call her mum to come to his place and carry all her belongings.

In this article:Crime, Police, Relationship