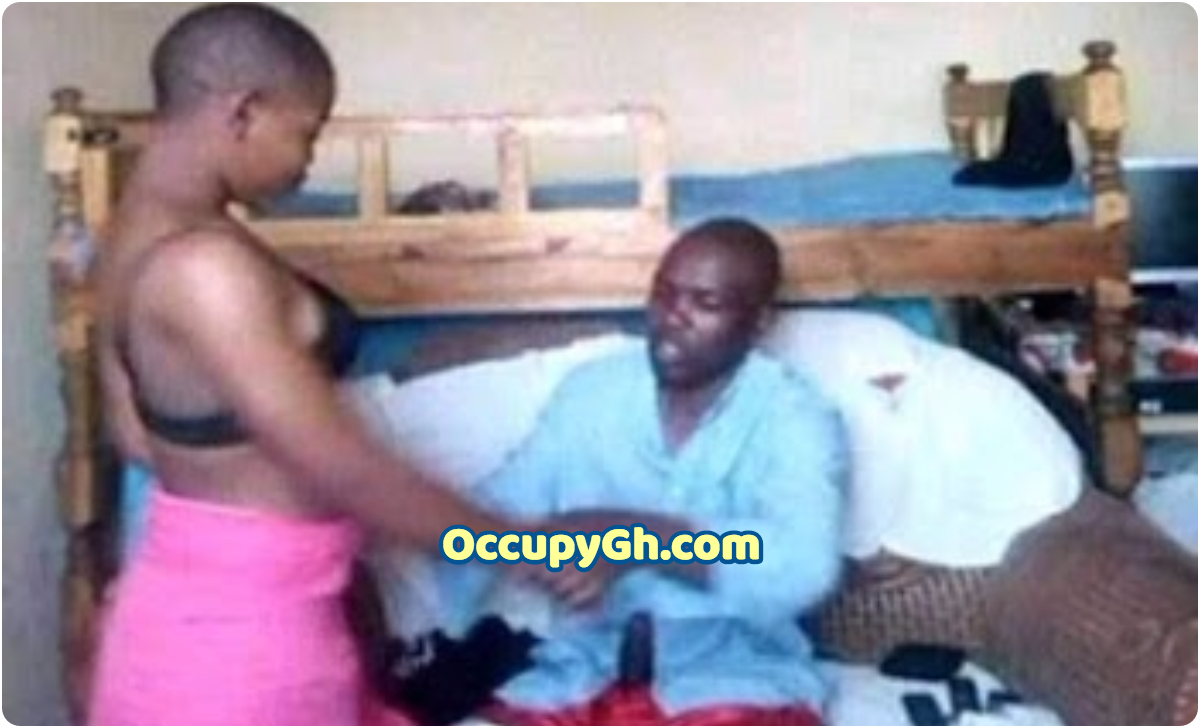 OccupyGh.com has learned that the police have released Patrick Ayoyi, a man who was caught ‘chopping’ his under-age cousin.

The suspect identified as Patrick Ayoyi Ajunga was detained after a ‘chopping’ video went viral online of him with his under-age cousin, sparking outrage on social media.

When Patrick was arrested, he admitted that he was the one who recorded the video and confirmed that the girl was his blood cousin.

However, he denied that she was under age.

He said that he recorded the video in 2017 and at that time, the girl was 20 years old.

He further said that the s.3.x video was leaked after his phone was stolen.

Detectives investigating the matter released Patrick after the girl’s birth certificate was produced by her mother at Kericho Police Station.

The girl filmed in the s.3.x video was born in August 1997 as indicated in the birth certificate.

The girl’s family also revealed that the two were long distance cousins and so they didn’t commit incest.

Police are still looking for the girl to a recorded statement as they continue with forensic analysis of the s.3.x video.

In this article:Instagram, Kenya, Viral