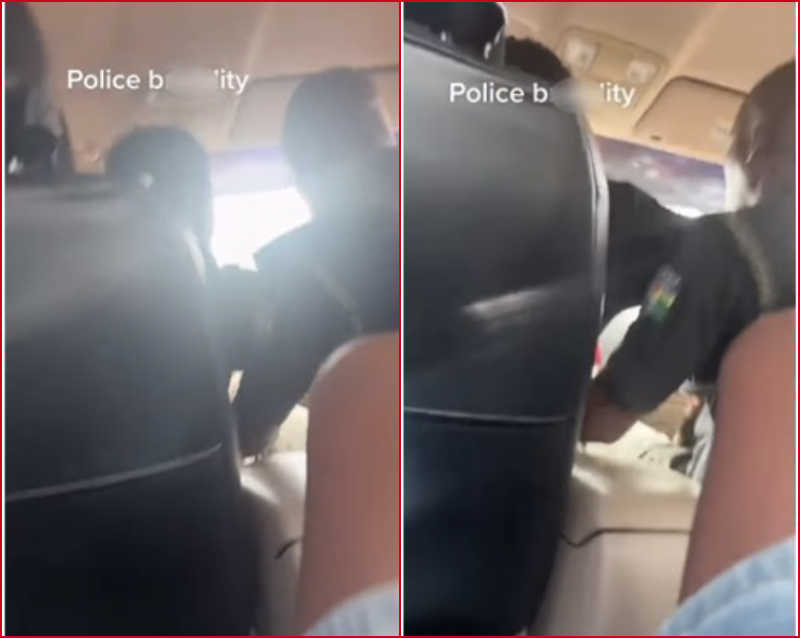 A police officer is being chastised online after a video of him dragging a steering wheel with a young man surfaces online.

In the video sighted by occupygh.com, the policeman almost caused an accident in the scuffle with the young driver.

According to the details, the officer had jumped into the motorist’s car without permission because he allegedly wanted to extort him.

There was a scuffle because the motorist refused to stop the car so the policeman decided to start dragging the steering wheel with him.

He could be pleading with the security personnel and suggesting that they should go to the police station instead of him being harassed.

But the police officer continued to drag the wheel and the car started to swerve nearly leading to a car crash.

Another man was in the back seat recording the entire incident and thy both warned the police that if he refuses to let go they may lose their lives in a crash.