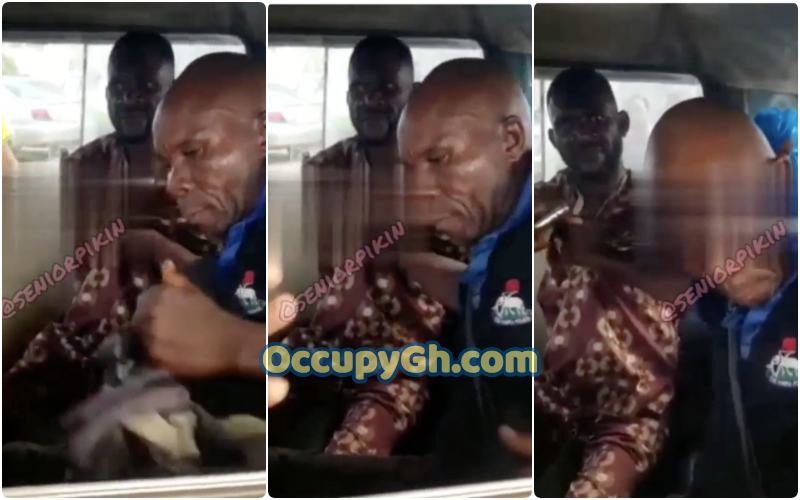 A policeman has fought a Trotro mate for refusing him a free lift as per a new video that has just popped up on social media.

The Police Officer, yet-to-be-identified is seen unhappy with the bus Trotro mate after he demanded him to pay for his ride.

Eyewitnesses report that the policeman intended to board the bus for free as a government “staff” which was resisted by the bus driver and his conductor as they insisted that they can no longer carry staff in their bus for free.

The driver said; “since the government does not pity poor people that use Trotro for business and keep increasing the cost of petrol.”

Seeing that his request was being turned down, the policeman allegedly became aggressive and started laying his hands on the Trotro mate.