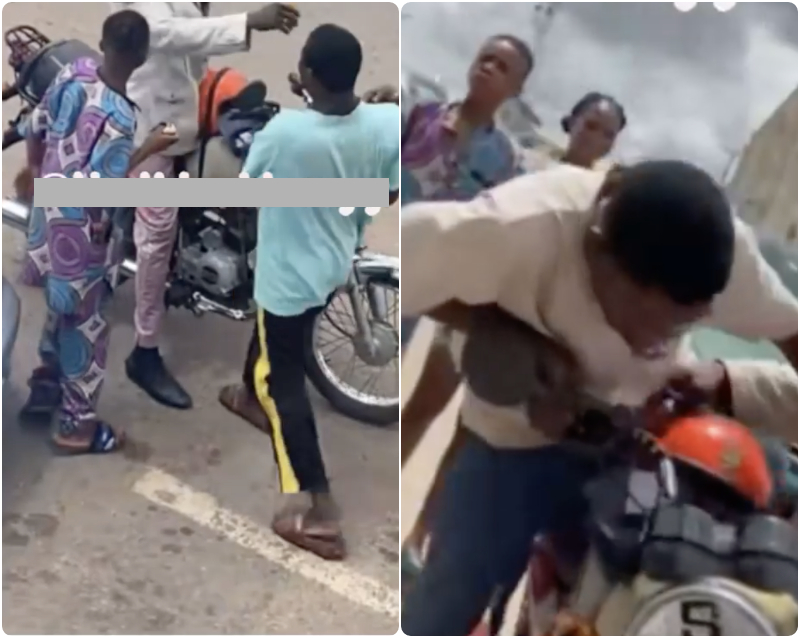 Their laughter switched immediately the Okada man refused to return a phone used to prank him.

A prank that was supposed to end up being funny got the prankster in hot soup as a motorbike rider who they were playing the prank on refused to return a phone that was used on him.

The dramatic scene played out on the streets of Abeokuta, Ogun state.

some pranksters got into an exchange with a bike man whom they played a prank on.

The prank involved dropping a functional phone by the side of the road as though it was lost by the owner and waiting for someone to pick it up.

An okada rider stopped to pick up the phone and was about to zoom off when one of the pranksters accosted him and disclosed that it is his phone.

The bike man however refused to give the phone back and this caused an argument. A crowd had to gather as another prankster mounted the bike and threatened to seize it because the rider refused to release the phone.