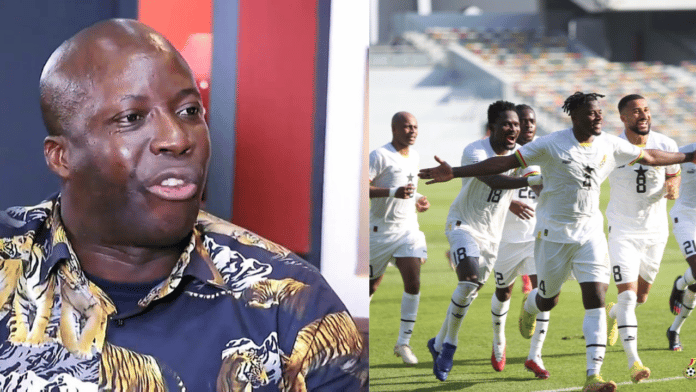 Prophet Kumchacha, the controversial clergyman from Ghana, has criticized the different pastors and self-styled spiritual experts who have predicted a victory for the Blackstars in a straight match.

Kumchacha has argued forcefully that if the players don’t put in a lot of effort on the field, prayers alone won’t help Ghana defeat Portugal in their upcoming match.

In an interview with ONUA TV, he pleaded with the Ghana Black Stars to stay concentrated, plan properly, and work hard on the field in order to bring triumph home.

Additionally, he advised them to refrain from having sex before their games because it weakens them and to conserve their strength for use on the field instead. Otherwise, if they lose, Ghanaians will not be pleased.

“They should not go there and be having indiscriminate sex because Black Stars players like having sex a lot, Prophet Kumchacha continued.

There have been many instances that we travel to places, and they expand their energy on sex, and the nation loses. So if they dare try that again this time, the way people will beat them.”

In this article:Ghana Beat Portugal, Kumchacha, Prayers Won't Be Enough