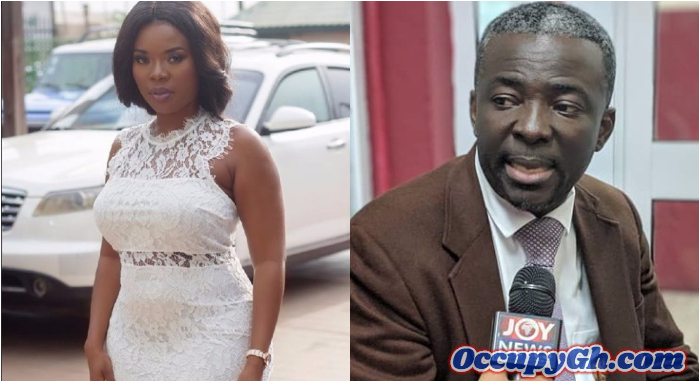 Popular highlife artiste now Evangelist Papa Shee has revealed that television presenter, Deloris Frimpong Manso refused to refer to him as Evangelist because he had rebuked her by preaching against human behavior and it couldn’t go in favor of her.

If there is one person who has endured a lot of negativity it is Deloris Frimpong Manso host of the Delay Show which airs on GHOne TV.

She has seen it all; from criticisms about her shows, public breakups with her friends (Afia Schwarzenegger, Tornado, Vicky Zugah), insults and accusations from guests to other controversies.

The Evangelist revealed that his 30 minutes preaching on the Delay show didn’t go in favor of the host (Deloris Frimpong Manso) that’s why she refused to refer to him as Evangelist but rather called him Papa Shee.

BREAKING:  ALA! Drama As Evangelist Papa Shee Gets Married (VIDEO)

Papa Shee stated that he preached against plastic surgery, body enhancement, and many things that do not glorify the name of God which Delay found herself wanting because she came on the show painting her face and putting on long nails.

He stressed that he wasn’t directly referring to Delay but was preaching the word of God.

According to Papa Shee, Delay showed the interview on air 3 months after and had edited the 51 minutes video showing only 17 minutes of it.