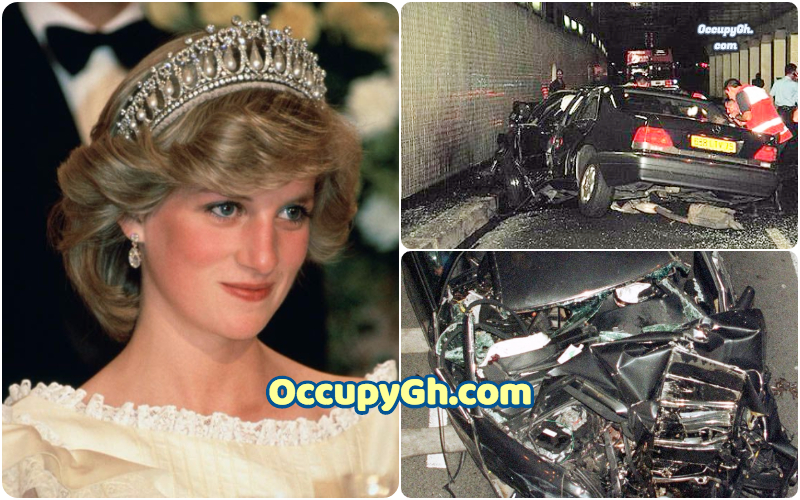 Princess Diana of Wales’ death, has been the subject of many conspiracy theories, some wild and some believable, such that people have always wondered what led to the untimely demise of the world famous princess.

Diana’s death was officially ruled as an accident, by the authorities and they said no foul play was involved.

Now according to Anonymous, a hacktivist group, Princess Diana was allegedly murdered by the British royal family.

Anonymous made waves 3 years ago before going into hibernation, but it seems they’re back with a vengeance.

The group supposedly revived in response to George Floyd’s murder, by a white police officer in Minnesota.

Anonymous dropped a video warning all police officers in the United States to stay in their lane or they would inflict serious damage to them, on a large scale by releasing damning material involving police brutality.

Anonymous then claimed on Twitter, that Princess Diana was killed by the British Royal Family.

They said her own family sanctioned her death because she knew about a nefarious trafficking operation.

They also accused US president, Donald Trump of being part of the alleged human trafficking, se_xual assault and Child Trafficking which involves members of the British royal family.

The hacktivists group dropped receipts to back their claims.

Around the time of her death, Diana was visiting hospitals and care homes Jimmy Savile was preying on at all hours of the night, consoled Elm Guest House victims, and recorded palace ra_pe victim testimony.

Anonymous claim that Diana knew about her in-laws’ human trafficking syndicate and she was hell bent on exposing them before she died in a car crash.

Back in 2002, The Guardian published a story that Princess Diana was in possession of an alleged tape, which recorded a ra_pe incident in the royal palace. She is said to have kept the tape in a safe box on Kensington Palace.

He sister, Lady Sarah McCorquodale reportedly tried to get her hands on it, it was missing with some other crucial pieces of evidence.

“It emerged yesterday that the 30-minute tape, which has now disappeared, details claim by a royal servant who says he was ra_ped twice by a man who works closely to Prince Charles”.

They said the alleged victim was supposedly given a a 30,000 Euro payoff.