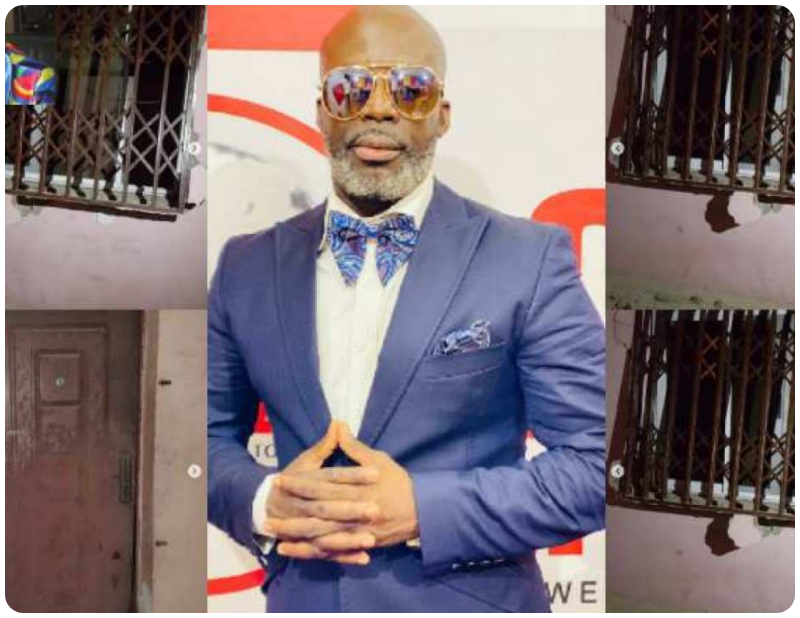 A piece of disturbing news reaching us at Occupygh.com indicates that Ghanaian popular cleric, Nicholas Osei aka Prophet Kumchacha has been robbed.

BREAKING:  Nigerian Soldier Begs For God's Protection After Colleagues Deserts Him In The Bush (VIDEO)

The Founder and leader of Heaven’s Gate Ministry Prophet Kumchacha was robbed in his twelve-bedroom house.

According to the clergyman, he left home with two of his junior pastors at 3 am to preach. Upon their return, he noticed that the burglarproof had been tampered with.

He entered the rooms and it was evident his 12-bedroom edifice had been ransacked. Not only was his laptop stolen; an amount of GH¢10,000 had been stolen from one of his rooms, he said.

“No one was home when I got back. My windows and doors I shut were opened, so immediately, it dawned on me that something sinister had gone on while I was away. I went around, went to every room in the house to make sure”, he said in Twi.

“There are twelve rooms but I noticed they had opened seven to eight of my rooms. I realised the burglarproof had been manhandled with unknown machinery”, he further narrated.

According to Kumchacha, although he has dogs in his house, the dogs could not bark because it appeared the robber(s) mixed a substance with food and gave it to the dogs, an act that tamed the dogs.

He further mentioned that there are no guards in his house because those he engaged had been sleeping on duty hence, he relieved them of their post.