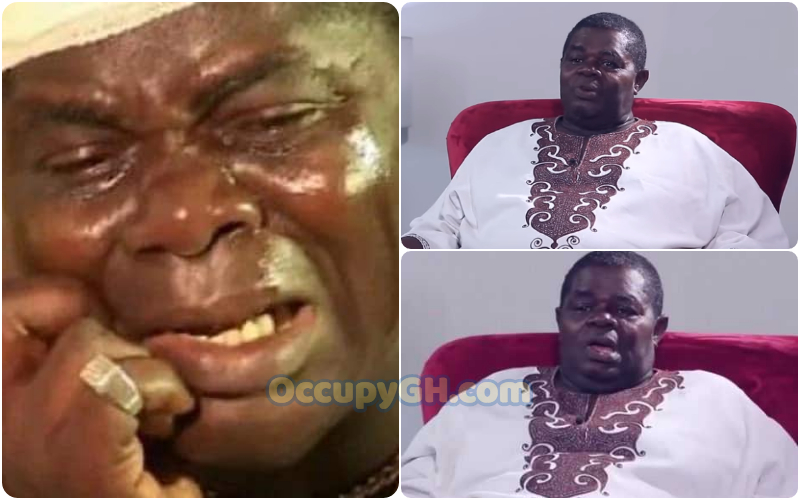 A popular prophetess, Sofo Maame Adumtumwaa has asserted that former Ghanaian actor Psalm T.T Adjetefio is under a demonic attack and that is why monies vanish from his hands.

According to Sofo Maame Adumtumwaa, there is a spiritual condition that causes an individual to permanently remain poor adding that, it is the exact situation the veteran actor is facing.

Maame Adutwumwaa said no amount of huge money donated to the actor can cure his condition adding that the only solution is fervent prayers.

“It’s his attitude and also a demonic curse. In the spirit world, it could be that a hole has been created in his palm so every money he makes pours out. I’ve known TT for long. I was very young when I heard of him but he’s still stagnant in life. When I look at all the monies he has been given, he is not supposed to be caught in this state of begging. I have no doubt that he has been placed under a spiritual spell. No matter how huge the amount of any money he receives, it will still be lost and not properly accounted for. The pathetic aspect of this whole situation is that he doesn’t even know God.”

Meanwhile, the seemingly unending nature of Psalm Adjeteyfio’s alms begging has culminated in Ghanaians being fed up.

From poor health conditions to financial constraints, Ghanaians have witnessed the plight of the ‘Taxi Driver’ actor and how his constant call for support has sparked various conversations on social media.

The recurrent nature of his woes has become an issue of grave concern to Ghana as there always seems to be a new problem whenever a solution is found to the existing one.