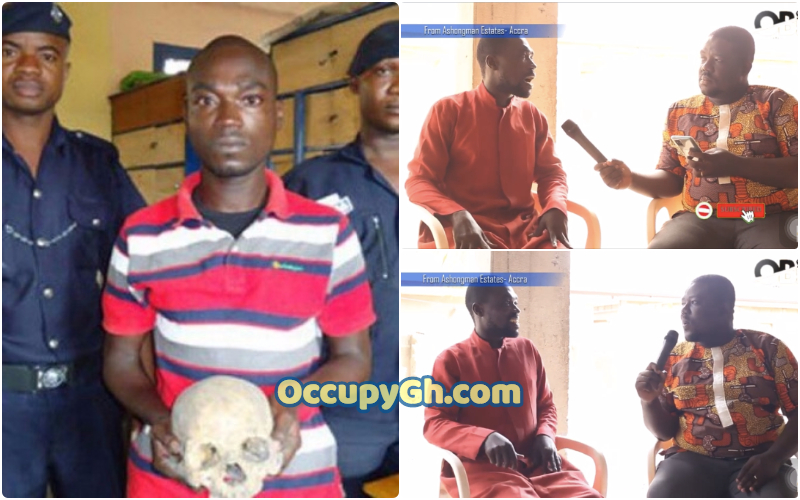 A former Ghanaian rapper Motia who was signed to legendary music producer Hammer Of The Last Two in the early 2000s has finally told his story of how he ended up serving a jail term.

Motia was convicted somewhere in 2013 after he was caught with a human skull which he reportedly took from Awudome Cemetary.

According to him, he single-handily strolled through Awudome Cemetery in Accra one night around 12 am and picked up 3 skulls, 3 leg bones, and some other human parts specifically bones.

He said these things were easy to get since most human bones just laid leisurely on the grounds of the cemetery.

Motia revealed that he picked the skeletons for his upcoming music video.

In an interview with Bra Emmanuel of #Obini TV, the former rapper retold the entire story and also his life after prison.