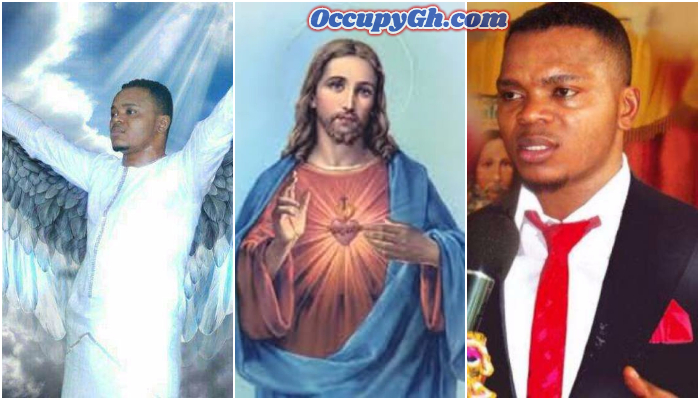 Controversial televangelist, Bishop Daniel Obinim has revealed that he will henceforth replace images and statues of Jesus Christ with his because he has what it takes to be in such a position.

“Angel Obinim I must stay alive…I should make my picture, I should make my statue because I cherish the gift I have. It is rather unfortunate Jesus is dead if he was alive I would not allow anyone to wash his clothes I will do that myself. The kind of spiritual gifts I have received from him is not easy”, he revealed during a live service at his Tema branch.

Last year, Angel Obinim disclosed that he is aspiring to become God after initially being ordained as an angel which has given him the angelic powers reason he can dine and wine with archangels like Gabriel.

He disclosed that he got those powers through a dream where God handed them to him and revealed that upon satisfactory conduct he will become God and will possess powers to more extraordinary things.

“The angelic gift I have received, if I am faithful to my father Jesus he will give me Exodus Chapter 7. God told Moses you are God. What he says is final. The next gift will be Jesus declaring me as a God and that is final. I can command money and other things”, he bragged.

The founder and leader of the International Godways Church said he will change his title from Angel to God because there are a lot of people in the country with many titles but do not work in accordance with those accolades.