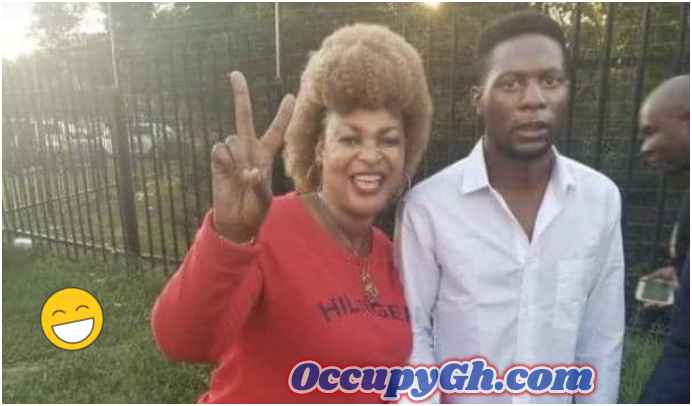 Wonders they say shall never end in this beautiful continent called Africa, the mother of all land.

One of the men at the centre of the resurrection storm performed by Alph Lukau, identified by the name Elliot has been spotted in Capetown.

A video a couple of days ago surfaced, showing what looks like Pastor Alph Lukau raising a man from the dead. The man, now named Elliot was seen raising up from his coffin after the pastor prayed life into him.

Pastor Alph Lukau has since then come out to ask for forgiveness, claiming the video purported a different scenario from what actually happened.

Today, the resurrection man Elliot has been spotted in Capetown with his wife, apparently wearing the same clothes he wore on that faithful resurrection day.

Check the photo below: