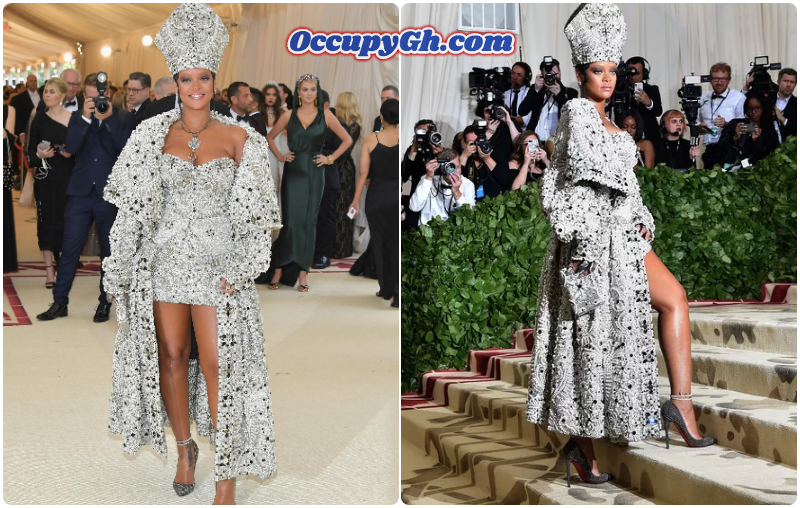 Rihanna was one of the most missed faces at the Met Gala 2019, and fans were quick to voice their disappointment in the red carpet beauty skipping the iconic event. However, the singer had her reasons.

She’s one of the most anticipated faces on the Met Gala red carpet, but Rihanna left fans disappointed at the 2019 event after she failed to make an entrance.

The 31-year-old ‘Needed Me’ singer skipped the event altogether, leaving onlookers in shock – Rihanna, often hailed as the face of the gala, is usually one of the best dressed stars in attendance at fashion’s biggest night.

People began speculating as to why Rihanna missed the Met Gala, with some jumping to the conclusion of her industry dominating cosmetics company Fenty Beauty taking up too much of her time.

“Rihanna at home playing with that f**kin makeup,” wrote one enraged fan.

And it appears they were correct, as Rihanna herself revealed in a hilarious snap on her Instagram stories. The songstress jokingly snapped a picture of her beloved Fenty Beauty products alongside the aforementioned tweet.

“met ball 2019” she captioned the picture alongside a exasperated face and a shrugging woman emoji.

Over the years, Rihanna has dominated the red carpet at the prestigious event by strictly adhering to the theme that is given every year. Last year, she even co-chaired the event alongside Amal Clooney and Donatella Versace.

The 2018 Gala was based around a Roman Catholic theme, and Rihanna stunned in a diamond-encrusted papal mitre and elaborate silver dress.

This year, the theme was ‘Camp’ and celebrities including Cardi B, Lady Gaga, Zendaya and Kylie Jenner, showed out in an an array of bright, bold and feather-adorned costumes.

In this article:Rihanna, The Met Gala, USA