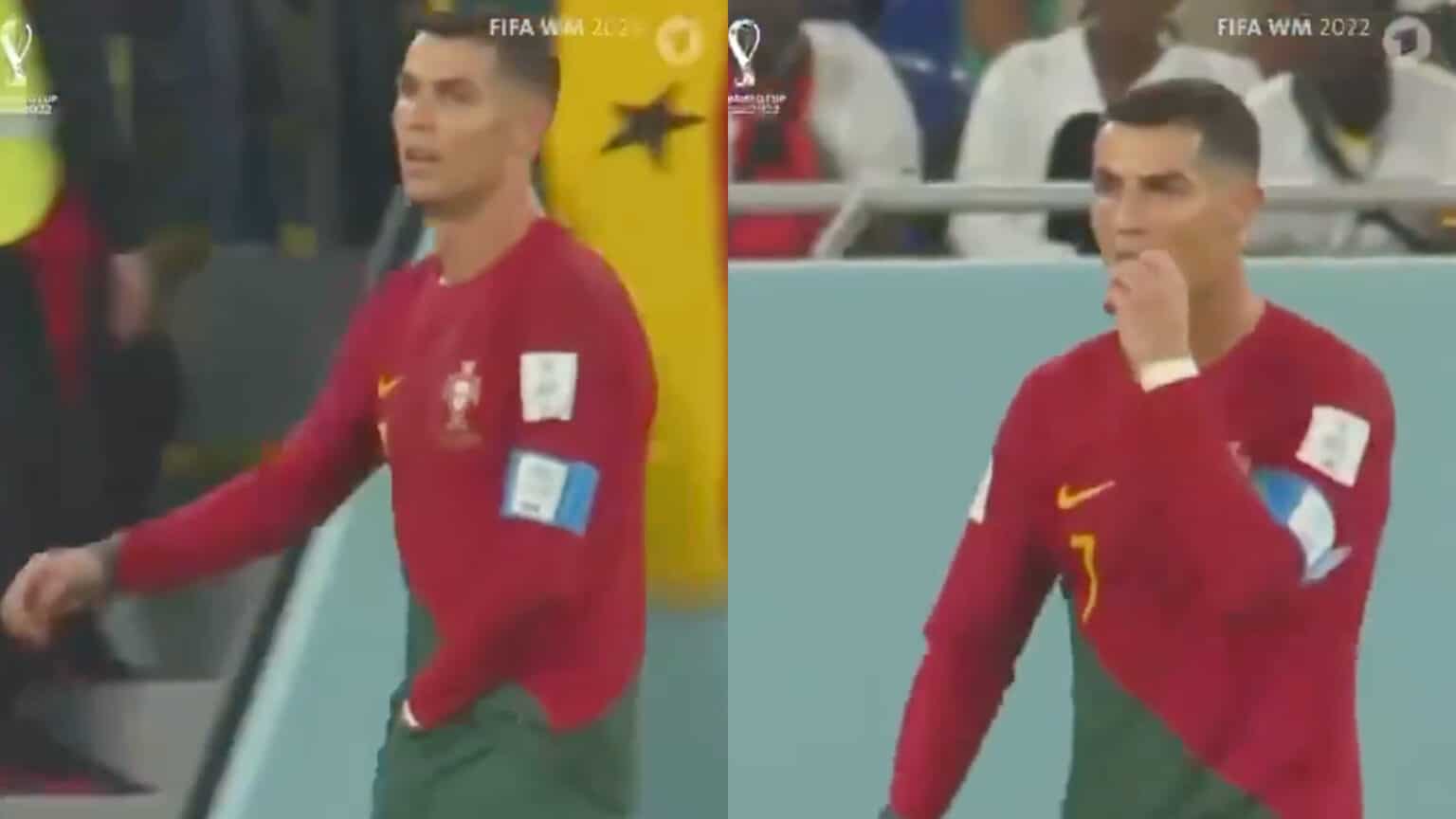 A video that shows Cristiano Ronaldo putting something appetizing in his mouth during the match against Ghana has gone viral.

What Ronaldo was actually taking out of his shorts and placing in his mouth caused a sensation on social media.

When the second half started, Ronaldo ran onto the field but first reached into his pants for what appeared to be a pill, which he then chewed on.

Since then, this video has gained widespread popularity, with many Ghanaians speculating that Ronaldo may have ingested something questionable that necessitates more examination.

Others with the necessary expertise in the sport have stated that Ronaldo put a pill that athletes chew for energy and vitality into his mouth.

However, the question of why he took it from the area between his groins has received more attention

See Also: ASEM: E-Levy To Be Reduced To 1% But Will Affect This (See Details)

In this article:Featured, Ghana game, Portugal vs Ghana, Ronaldo, Ronaldo Putting Something Into His Mouth