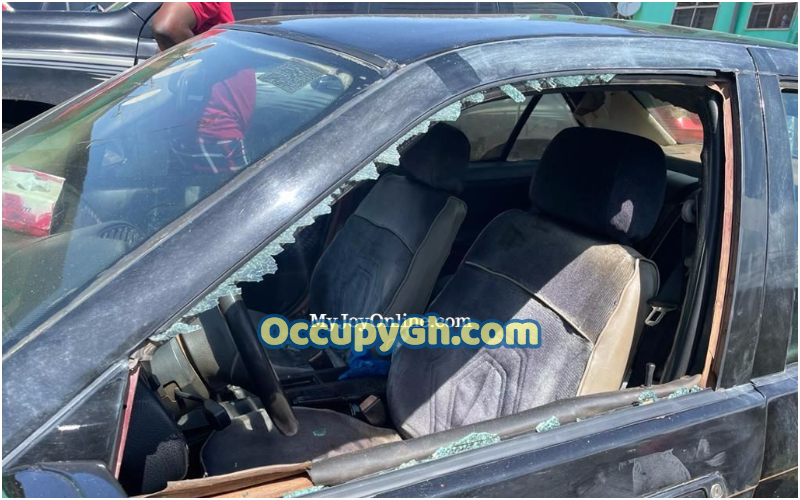 A teacher, Yaw Eyifa Gorman, has been shot dead in his house in Cape Coast in the Central Region, OccupyGh.com has gathered.

Yaw Eyifa Gorman, who is popularly known as Dr. Sting was shot dead in his car.

He was apparently attacked on his way home from a census training on Saturday.

Narrating the incident to JoyNews, one of the deceased’s co-tenants said the incident, which happened around 7:40 pm, had brought fear into the house since the headmaster was shot in the compound of his own home.

He stated that they heard the sound of the gun and rushed out to figure out what it was only to find their colleague had been shot.

“We were all in our room and we heard a loud noise ‘boom’. Some of us even though it was a knockout.

“Then all of a sudden, we heard his wife screaming ‘Please someone should come and help me!’ So when we did, we saw his lifeless body in front of his steering wheel with blood in the car,” he told JoyNews.

The co-tenants described Mr Gorman as a very friendly and cordial person. Thus, was surprised by the incident.

“He has no issue with anybody in this house. This is disturbing and shocking because it didn’t happen anywhere in town but right in his house and that is what we are afraid of,” he said.

He then charged the police to hunt down the perpetrators and bring them to the book.

Meanwhile, the Central Region Police Command has launched investigations into the incident.

In this article:Cape Coast, Crime, Viral