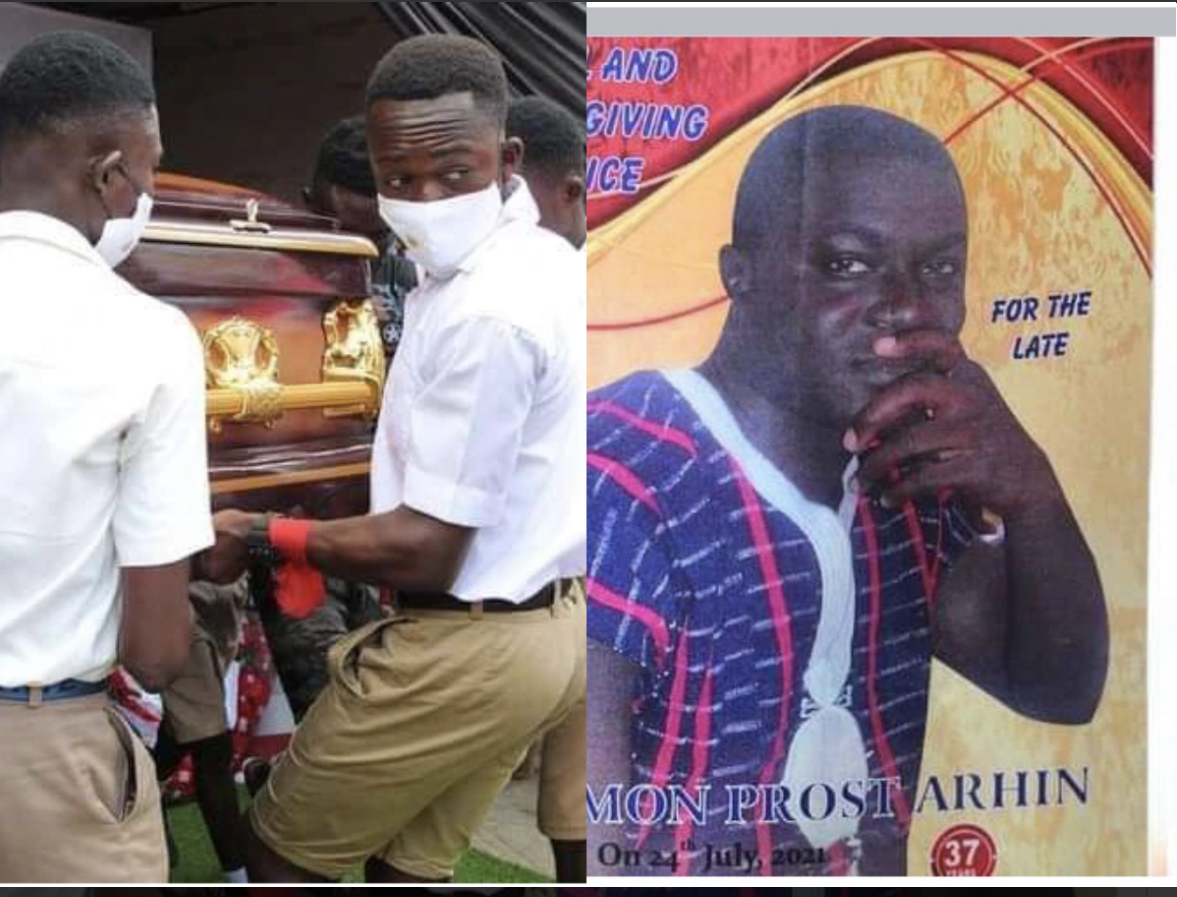 On the 20th of June 2021, a Mobile Money agent who doubles as a Teacher was allegedly murdered by Armed Robbers while on his way to shop one early morning.

He died at the age of 37. This sad incident occurred in Koforifua-Okorase.

The said Teacher who is known as Solomon Prost Arhin left behind a wife and two children. Surprisingly, he was murdered without the Armed Robbes picking up the money in his bag.

The funeral of Solomon Prost Arhin was held on the 25th of July, 2021 at Koforidua. The Students he used to teach made his burial a befitting one.

They were the Pallbearers who carried his coffin.