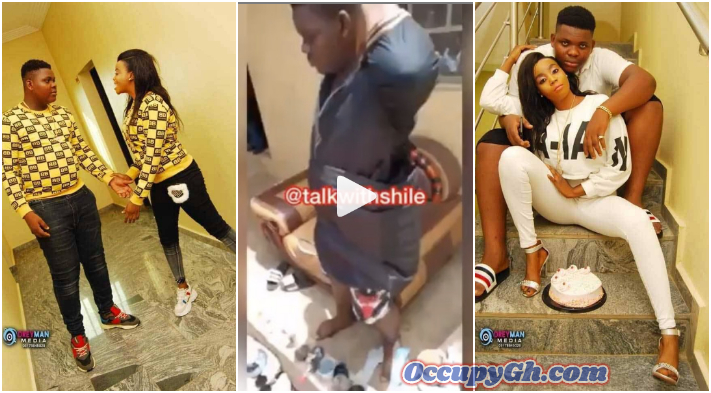 A Sakawa boy has been caught red handed with a heap of used sanitary pad days after his girlfriend run mad.

OccupyGh.com has learnt that a popular Nigerian boy Sdj Teeman who hails from Abeokuta, Ogun State was been caught while trying to hide all the used sanitary pads.

Sdj Teeman’s girlfriend a few days ago went mad just few hours after he was thrown out of a Mercedes Benz in Warri township.

Sdj Teeman is one of the most flashy guys on Nigeria social media arena, even celebrated his two years anniversary with his girlfriend by dashing her a brand new car displaying it on social media two weeks ago.

He was caught yesterday when the mod entered his room. When questioned, Teeman said all the pads belongs to his girlfriend.

Video of Sdj Teeman with heaps of Sanitary pad below: