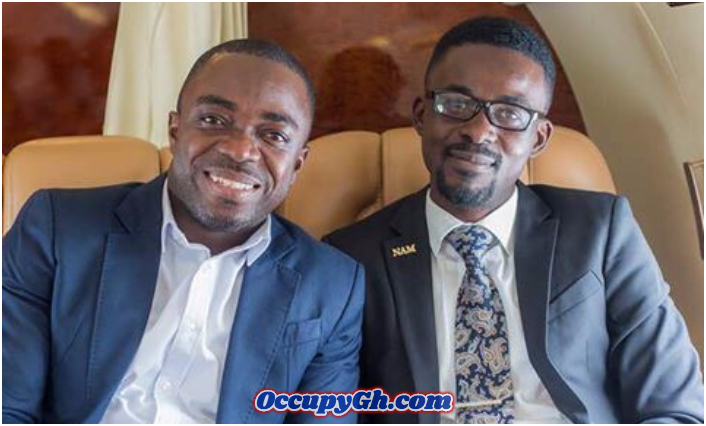 Head of communications at Zylofon Media, Samuel Atuobi Baah aka Sammy Flex has just confirmed the release of Nana Appiah Mensah aka NAM1 from Dubai jail today, 9th Aril 2019 after he was declared not guilty.

According to Sammy Flex who broke the news on Zylofon FM this afternoon, he was informed of the good news by a managing member of Menzgold.

Sammy Flex also added that NAM1 as at now is in Dubai although released and he will be coming to Ghana shortly for business to resume.

Prior to Sammy Flex’s confirmation, the PRO for Menzgold, Nii Armah Armarteifio had dropped the news on his social media handles which Ghpage.com reported.

This comes as good news to Menzgold customers who have been wondering if they will ever get their money back considering the bad buzz that surrounded the operation of Menzgold after NAM1 was presumed to have absconded with investors money.

From what Ghpage.com has gathered from other sources, the court has ordered Royal Horizon, the company that had NAM1 arrested for fraud to pay Nana Appiah Mensah the 39 million dollars that he is owed.

It will be recalled that NAM1 went chasing for the payment for 750 kilograms of gold he delivered to Royal Horizon. But in the turn of events, NAM1 was accused of fraud and arrested on 4th December 2018