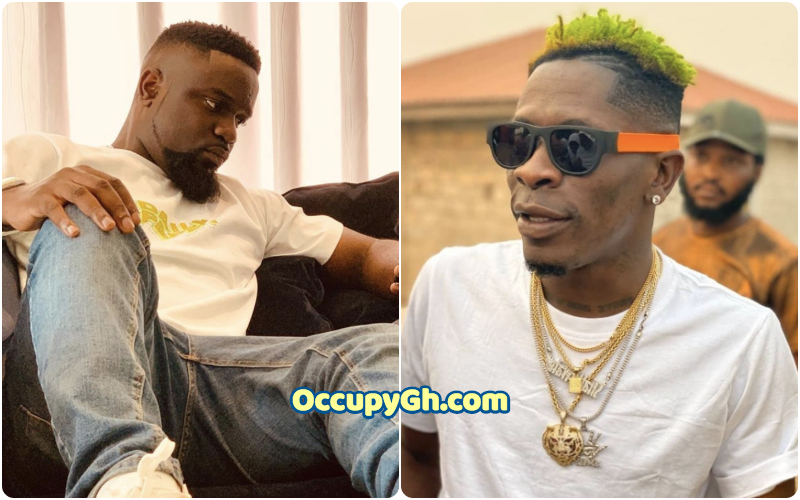 Earlier today, news went viral that Possigee, a record producer and a close friend to Sarkodie asserted that the ‘Bumper’ singer has featured ‘someone bigger than Jay Z’.

Reacting to Possigee’s assertion, Shatta Wale has labeled Sarkodie and his goons as ‘foolish’.

“When I featured on Beyoncé’s song,I didn’t ask my boys to go around saying I have featured somebody bigger than rihanna.I kept it coded …Sarkodie you and your fans fool too much ..mun Jai gyimie nu and learn how to celebrate one’s success!!!”