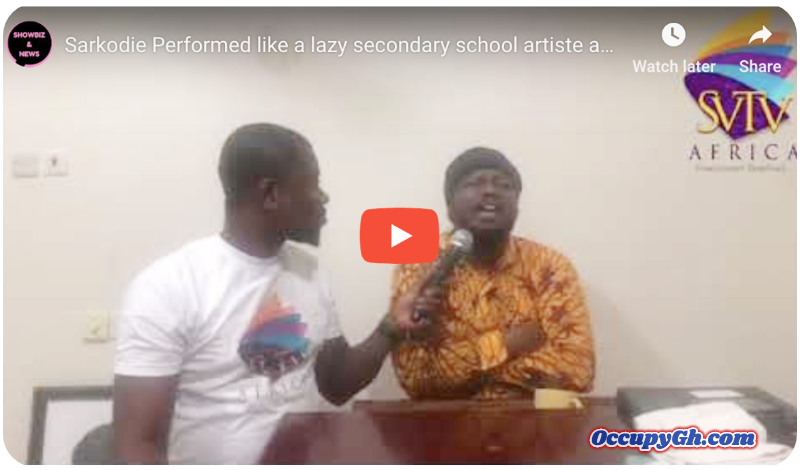 In an interview with DJ Nyaami on SVTV Africa sighted by OccupyGh.com, Blakk Rasta expressed that the performance of the “Adonai” hitmaker was like a lazy secondary school artiste!.

“The performances put up at the 20th music awards looked like funfair and entertainment in high school…A lot of the performances was like what I saw in secondary school when I was coming up.some body like KiDi, one of my favourite Highlife artist, has disappointed me. Why should you come and mime? You should tell the organizers you’re not a miming artiste but you came there and played CD for us. If you go to secondary school, that’s what they do”, Blakk Rasta revealed.

He continued, “Ghanaians will probably insult me for saying this, but I’m not scared of speaking my mind….but Somebody like Sarkodie, people have paid to come and watch you and you’re performing like a lazy secondary school artiste.Is this the performance you want to take to the Grammy?..The performances were just below standard”.

However, the outspoken Reggae show host on Zylofon FM, after advising Ghanaian artistes to be more proactive and work on their craft while on stage, lavished praises on Songstress Efya, Medikal and Samini for putting up a remarkable performance on the chaotic awards night to the admiration of the patrons unlike Sarkodie.

Check out the video below or Click Here for more videos…

In this article:Blakk Rasta, Sarkodie, VGMA 2019