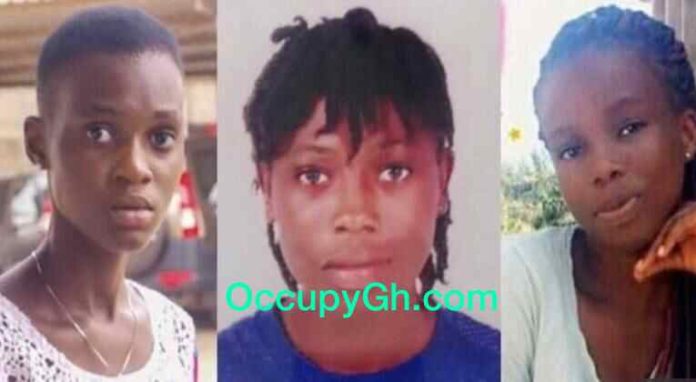 OccupyGh.com has gathered that one of the kidnapped Takoradi girls, Ruth Love Quayson, managed to secretly call her mother with her phone on the day of her kidnap to inform her about her predicament, the police, when informed, failed to act immediately.

“Mum please save me, save me where they have put me I don’t know anybody here, some people have kidnapped me,” terrified Ms Quayson told her mother.

Read:  SHS Girls Beat Up Boy For Dating & Cheating On All 6 Of Them | VIDEO

According to spokesperson for the families of the missing Takoradi girls, Michael Hayford Acquah, his cousin, when the distressed call came, quickly rushed to the Market Circle Police Station in Takoradi to make a formal complaint.

He told KSM in an interview that the complainant was referred to the Takoradi Central Police Station where the family was informed to make any other further information available to the police for prompt action.

But, as fate would have it, despite all the details the family gave to the police, such as the kidnappers now controlling the phone of the kidnapped girl and a ransom being demanded, the police failed to rescue the girl though later, a suspect was arrested.

Just In: Anglogold Ashanti To Sell Up In South Africa

May 9, 2019
AngloGold Ashanti Ltd will review divestment options for its Mponeng mine and other South African assets to focus on higher returns elsewhere, the South...

Just In: Medikal & Fella Makafui Just Got Married In Court...