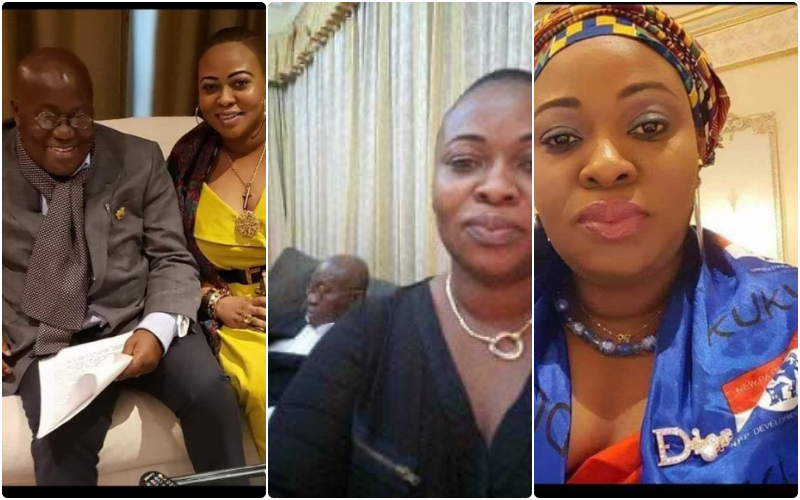 Serwaa Broni, an alleged side-chick of the president of Ghana, Nana Akufo Addo, has just surfaced on the internet as netizens go crazy.

Reactions on Twitter escalated after Serwaa herself surfaced to claim a clandestine amorous relationship with Nana Addo.

According to her, she decided to make available these details because the President and the National Security has issued threats to her.

She noted that the threats started after she shared photos of her time with the Ghanaian leader on Facebook.

Serwaa Broni spotted in a video that has gone viral her affairs with President Nana Akufo Addo.

She asserted that she met with the President in Toronto, Canada at a hotel where they got intimate with discussion.

She further shared photos of herself with the president in a hotel.

Further stated that from Canada, they both took a private jet back to Accra.

The president or anyone from his camp is yet to react to the allegation.

We must note, these are barely allegations and until proven, they remain so.

Check out some photos that she shared online or visit OccupyGh.com for more related stories.