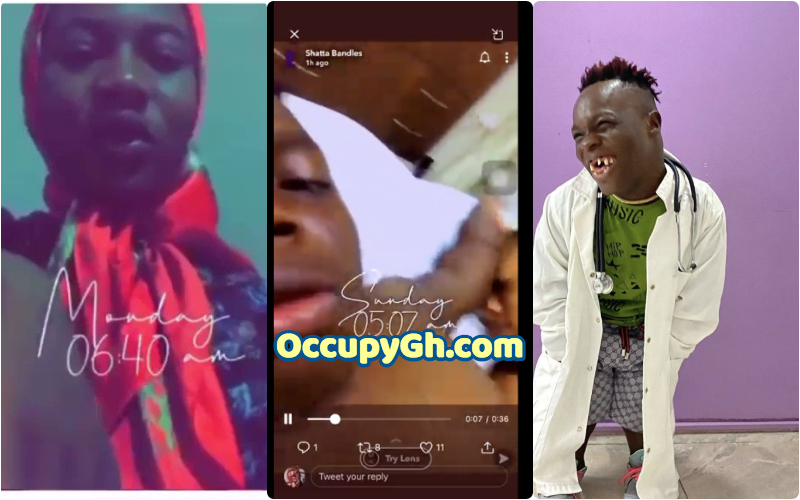 Shatta Bandle over the weekend was in hot waters for allegedly raping a 15-year-old girl, who he was seen in bed with.

The issue got worst to the extent that a young man claiming to be the girl’s uncle threatened to take the issue to court.

He wrote a lengthy post –which you can see here– alleging that his niece was indeed raped by Shatta Bandle.

Bandle, as well, dropped a video a little while ago to debunked the story that he raped the teenage girl.

Well, interesting enough, the young teenage girl -who was in the video has also released a video debunking that she was raped.

According to her, she was just in bed with Shatta Bandle because he is a ‘celebrity and everyone wants to take pictures with him.

She also noted that nothing happened while she was in bed with Shatta.