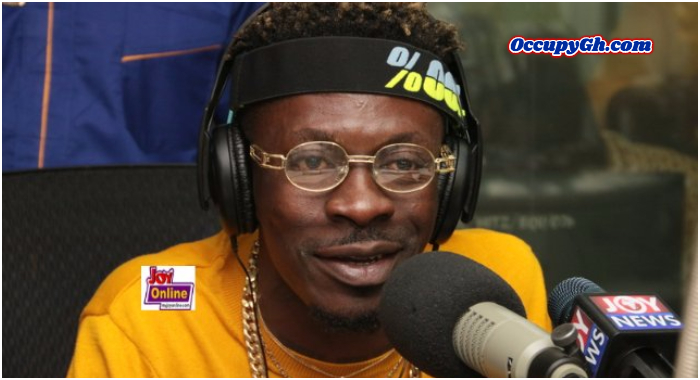 There is no doubt that Dancehall artiste, Shatta Wale, is one of the biggest musicians in Ghana and with a huge fanbase that is completely loyal and will do almost anything he says.

However, highlife musician Anthony Aka Blay, says the dancehall musician is having a negative impact on the youth.

“With his large fan base, I don’t expect Shatta Wale to use certain words and engage in indecent acts. I know he has the largest fan base in Ghana at the moment but what impact is he making on them,” he quizzed.

The youth are engaged in all sorts of bad activities because they see him as their role model and blindly copy what he does,” he told Showbiz in an interview on Saturday, April 13.

To Aka Blay, because Shatta Wale has a lot of influence on the youth, he can push them to use their energies and time positively.

“I expect a lot from him as the leader he claims to be because the youths are going wayward and I will blame it largely on him,” he said.

Will he ever do a collaboration with Shatta Wale? Aka Blay said he does not think so because as musicians, they have different brands.

Away from Shatta Wale, Aka Blay is not happy with the new crop of musicians because in his opinion they are indisciplined when it comes to the music business.

“Most of these young musicians are so indisciplined which gets me upset. You give them time for a meeting and they come at their own time.

“Others do not even regard their managers because they believe they are more famous than their managers. I have been talking to some of them and I pray they change,” he said.

Talking about profanity in music, Akablay, who is known for songs like Genesis of Life, Edoke, Taking Away, Life in The Pot just to mention a few, said he cannot understand why there so many swear words are being used in our music lately.

“I don’t allow my children to listen to particular songs when I am around. The other time my son asked me the meaning of Kwabena Kwabena’s Tokro Abodwese and I didn’t know what to tell him.

“I called Kwabena Kwabena on the phone and asked him what he meant by that because my son wanted to know and he could not explain,” he said.

According to him, musicians have a powerful tool which they can use to make an impact and it’s about time GH artistes took into consideration their choice of words.

Akablay has travelled around the world and played in different countries such as Germany, Denmark, Norway, France, Sweden and Italy.