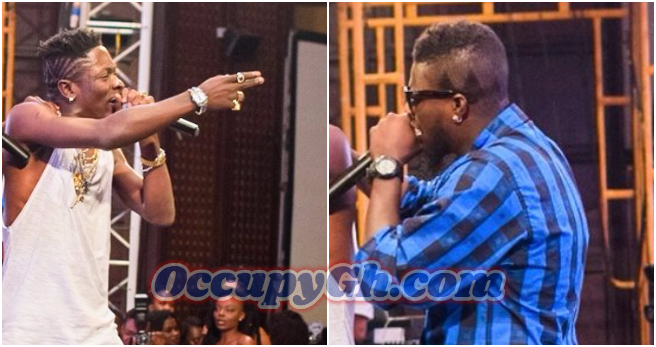 The camp of Shatta Movement empire is getting hotter by the minute. Just a while ago Pope Skinny released a diss song titled ‘Ochokobila’ for the boss of the movement Charles Nii Armah Mensah.

Pope Skinny joined the likes of Lonzy Blade, Stone, Bone who were sacked from the ‘movement’ over the weekend.

The diss song from the self-acclaimed Akuapem rap king seems to have gotten on the nerves of Shatta Wale who has decided to use his Snapchat handle to send a very strong warning to his former confidant.

Shatta Wale warned Pope Skinny to make sure he arranges his $10,000 loan he gave him if he does not want to see how wicked man (Shatta Wale) can be.

BREAKING:  If You See The Tea and Milo Flagstaff House Did For Me - Shatta Wale Reveals

This whole event looks like a flashback from the past. It will be recalled that when he had a fell out with his former manager, Bulldog he made similar unsubstantiated allegations against him.

Check out the screenshots below from Shatta Wale:

In this article:Pope Skinny, Shatta Wale