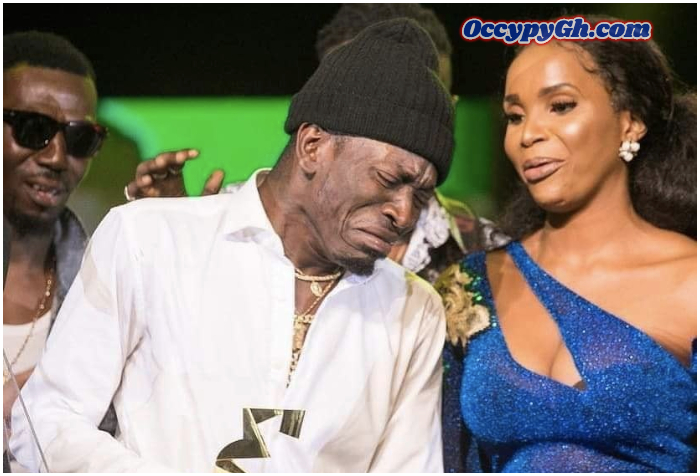 Ghanaian dancehall artist and acclaimed ‘Dancehall King’ Shatta wale has reacted to a viral photo of himself which sees him crying at the just ended 3Music Awards. (Post below)

The ‘Kaikai’ hit maker bagged 8 awards at the 3Music Awards 2019 leaving his lyrical dancehall rival Stonebwoy to just 2 of the awards to take home.

During one of the presentations, Shatta Wale apparently got emotional and surprisingly enough gave way to his emotional gland to take over; a photo of Shatta Wale crying has since gone viral.

BREAKING:  Sarkodie Gets Featured On Bob Marley's Stir It Up 'Special' Remake (VIDEO)

In surprising response to the said photo, Shatter Wale has taken to his official personal Facebook Page to post a photo of himself lying restful, depicting how carefree he is at the moment.

A glimpse of the said post can be seen below…