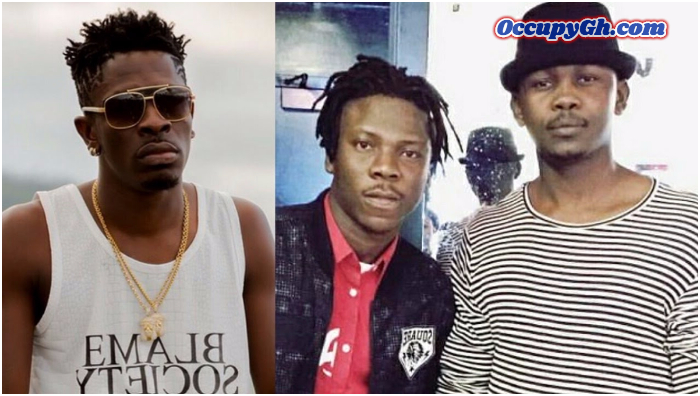 As expected, Shatta Wale has replied Blakk Cedi, Stonebwoy’s manager after he described 3 Music Awards as a joke when almost all the awards were handed over to Shatta Wale on the night.

In a subtle jab on his Snapchat, Shatta Wale described Blakk Cedi and Stonebwoy as full of envy. He claims they are not happy about his success.

According to Shatta Wale, people begin to envy when they feel inferior about themselves or jealous about other’s achievements like Blakk Cedi and Stonebwoy are feeling after he swooped all the awards.

He, however, warned that such envy will go a long way to affect them so they should stop feeling unhappy about his success.

Shatta Wale swooped 8 awards including Music Man of the year during the 3 Music Awards 2nd edition held on 30th March 2019.

But Blakk Cedi, the manager of Stonebwoy described the award scheme as the “Joke of the year”. He further made more comments to denigrate the 8 awards given to Shatta Wale.

Wale’s message to Blakk Cedi below…