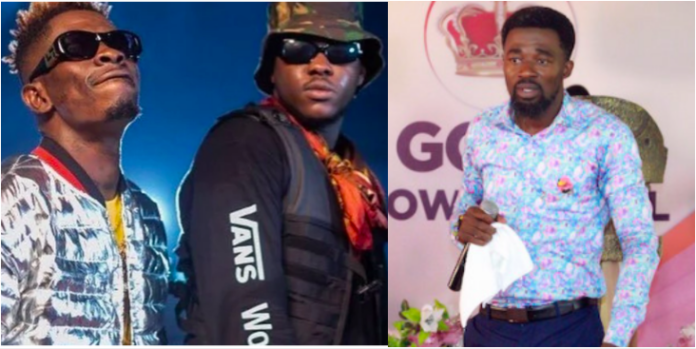 At their just concluded Freedom Wave Concert at the Accra Sports Stadium, Shatta Wale and Medikal drew a packed house.

The 40,000-seat stadium was packed with supporters who came to support and patronize the two performers, who are well-liked in the nation.

In a social media footage that have gone viral, spectators can be seen filling the stadium before the performance even begins.

Other artists, like as Black Sherif, Wendy Shay, Quamina MP, Kofi Jamar, Phrimpong, and Joey B, performed during the Freedom Wave Concert.

Shatta Wale voiced optimism for the stadium’s capacity before to the performance in light of Wizkid’s cancellation a few weeks previously.

A man of God with an eagle-like prophetic ministry, Prophet Reindolph Oduro Gyebi, has stated that Shatta Wale has the support of spiritual forces in response to this achievement from the camp of Shatta Wale.

Eagle Prophet in the studios of Angel Fm claimed that Shatta Wale’s ability to fill Accra Sports Stadium was due to evil powers or possibly marine spirits, as no Ghanaian performer is capable of doing that regardless of circumstances.

READ MORE: KAISH! Online Erupts As Nigerian Couple Give Birth To A White Baby In London