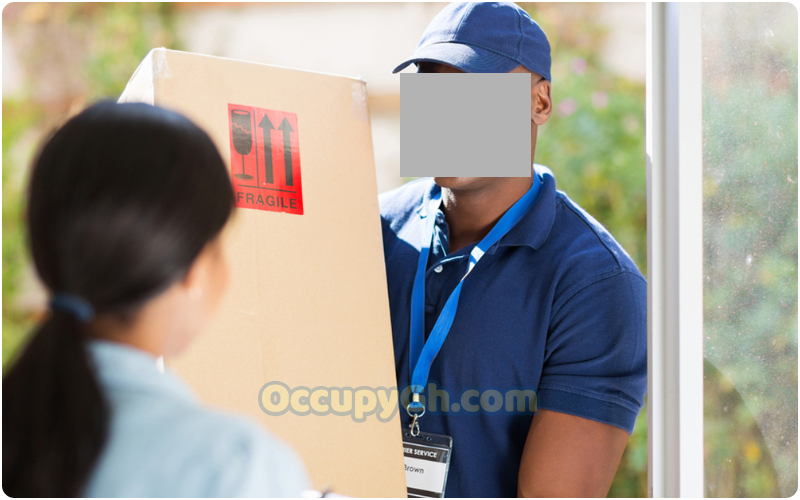 She Grabbed My 'Cassava' - Delivery Guy Cries Out After Lady Abuses Him, CCTV Footage Surfaces

A delivery man has cried out, calling out a young lady who abused him while he was making a delivery to her. He had gone to deliver flowers to a client’s girlfriend when the incident happened.

Apparently, the lady was in the house alone when he delivered the flowers.

When he was leaving the house after doing the delivery, the lady allegedly grabbed his ‘cassava’ and tried to lure him into se_kz.

Being a responsible family man and a professional in his work, he turned down her se_kz advances, leaving her in shock since few men can let such an opportunity slip away.

The aggrieved man is planning to take legal action against the rogue lady since the incident was captured on CCTV.

Her boyfriend has also confirmed that indeed the incident happened after reviewing the footage.

This is what the delivery guy tweeted after the harassment incident.

Check out these screenshots below or visit OccupyGh.com for more related stories.