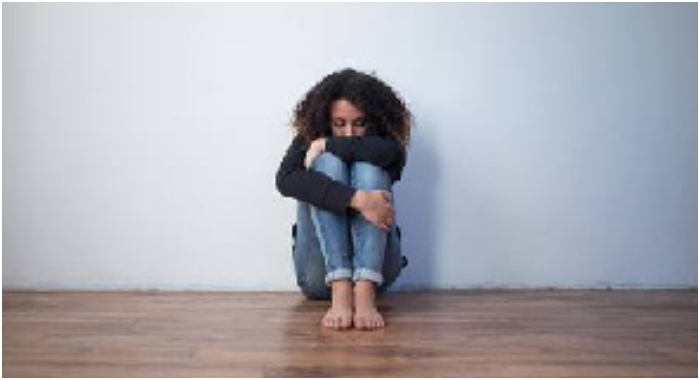 Rape is a bitter pill which no woman or man would want to experience.

A number of women on the streets of Ghana have suffered some form of sexual abuse. Although men are also raped, there is evidence that women, most often than not, suffer several forms of sexual abuse.

The Domestic Violence and Victims Support Unit of the Ghana Police Service in 2014 had 290 rapes and 1,111 defilement reported cases, where a majority of the victims were females.

Approximately six women are likely to be raped every week, six-year statistics from the Domestic Violence and Victim Support Unit (DOVVSU) of the Ghana Police Service have revealed.

On the contrary, only one man is likely to be raped every year within the same period.

The data, which cover 2011 to 2016, also show that more females continued to suffer from rape and assault with only a handful of the victims being males.

A survey conducted by a parenting website, Mumsnet.com, concluded that the majority of women who are raped or sexually assaulted do not report the crime to police in many cases because they have little confidence that their attacker would be brought to justice.

Beverly Engel is a psychotherapist and author of more than 20 self-help books, including a forthcoming book on surviving sexual assault. She said shame and self-blame are central reasons why survivors of assault don’t report these crimes.

“Victims are often too ashamed to come forward. Sexual assault is a very humiliating and dehumanizing act against someone. The person really feels invaded and defiled, and there is a lot of shame attached to that,” Engel told ABC News.

She continued, “Attached to that shame is a lot of self-blame. Victims of sexual assault almost always blame themselves, and we can understand why because in our culture, we tend to blame victims in general. We say things like, ‘She shouldn’t have been wearing that kind of outfit, she shouldn’t have drunk so much, why did she go to that party?’ We find some reason to blame the victim.”

Popular social media influencer, Abena Magis in her latest stories dubbed “She raped me; I’m a woman’ has become a huge discussion on Facebook.

A number of Ghanaian women have confided in Abena Magis by detailing how they were raped by their fellow women on condition of being anonymous.

Read their stories below:

SHE RAPED ME, I’M A WOMAN

1. There’s this pub I like going to where I used to meet different men. Not just that I want to meet guys for something but they come there a lot. My single room is small and if there’s dum ll just pop in the pub to relax and drink some few beers. There was a lady who came there with 2 girls. They’ll smoke (the two) but this one didn’t then one day she came to sit at my usual place. I got there and she was there. I went to say hello and go to another place but she called me back…we chatted a bit and her friends came…she went to them and came back and we continued chatting. I got to know where she stays…what she does…she’s a model and has one child a boy…who is with the grandmother so she can pursue her career in modeling. I went to the washroom and came back to meet fresh beer she ordered for me. Abena after some time I couldn’t see anything. I woke up and I was in a hotel room. It was after 2am. I felt different. I was wet but no sperms or no scent like that. I had to weewee so said oh its nothing but I didn’t know how I got there. I asked the guy at the reception and he said my sister took me there.

I never met her at the pub again but some months later, someone told me that a girl has been putting Spanish fly and stuffs in drinks of girls and sleeping with them. I don’t know how but I’ve been careful when going to pubs. I don’t know if she did it to me but I want you to share for people to know pls. Maybe it’ll help someone. Thank you.

2.Auntie Abena I feel strange saying this but i have to. I don’t know any other description for it but I’ve been raped by a woman. My colleague. Eiiii me raped by a woman? I still can’t believe it. Me who all I have to do is call any guy in my contacts that I’m horny come. Auntie they will come la. They will run. My colleague was my everything at work. Our job is very intense and if you don’t have someone to help you with your duties it can affect you because we’re paid by the hour and you won’t get any bonus if your work lacks. She covers me with my shifts and likewise my self anytime she needed to rest or do something.

I celebrated my birthday I said oh it has been long I did something nice for myself let me cook and invite some colleagues. They were 10 and she was part. She helped me cook and was my helper. I was so happy so I told everyone that oh she’s my best friend oh. Auntie the party ended and everyone left but she said she was waiting for her guy to pick her. First time hearing that so we jisted and I went to take my bath. She served me wine from the last bottle when I came back. Auntie some minutes later I don’t know. As if something was sitting on me I couldn’t move. I couldn’t talk but I could see and she was holding me and kissing me. Auntie I’m not lying that I couldn’t do anything.

It was like there was something black blocking my eyes and I couldn’t see. She was touching me like a guy. I even thought I must be dreaming but I wasn’t waking up. I don’t know how I could sleep like that. Then I woke up. I confronted her at work and she told me she thought I was in love with her. Listen to this oh. I asked her if you think someone is in love with you why don’t you ask me? And has she heard me talk of being a lesbobo? I was even thinking she used juju and I wanted to break it. I wanted to know what it was but she didn’t tell me. I told another colleague about it who gossip about it but didn’t mention my name that I’m the one this girl did the thing to. The girl called me so angry that what what why do I want to destroy her name bla bla and I asked her to tell me that thing she did to me. She didn’t want to say then finally she told me it’s something you use to weaken people. She knew I won’t agree that’s why she did that to me. Auntie I made her sack herself but people suspect that what she did to me. Yes. It’s bad. I’m not a lesbobo and I swear I’ll never be but this is what my own colleague did to me.

I started school late but due to my smallish body people didn’t know. I was raped by my uncle when I was 10 and it affected me. I didn’t like the boys in my class but my school mother and I became close. I told her and she started sleeping with me on my bed. We covered the lower side with cloth and we’ll be cosy inside. We will talk and fall asleep. I woke up one day and she was sucking my breast. I told her I don’t like that and she said she’ll call another senior (we all feared her and with her it was clear she’s a lesbian) to come and do stuff to me. She then pushed an opener, where you hold it into me but it was painful. She stopped when I started crying. I didn’t want to go to the dorm the next day but when another girl came to call me that senior A (the lesbian) was calling me I was scared and went back to my school mother to tell her senior A was calling me. Abena I had to do whatever my school mother said because senior A was very fat and sometimes slapped the juniors if she didn’t like them. My school mother protected me from her and that’s how I became a lesbian.

4. Abena I don’t know if mine is rape but my sofomaame was the one who introduced me into it but she’s the only one. I’m married now. I was 16 and very helpful in church. She took an interest in me and told me to be helping her at home. I washed for her and pastor and also cooked. She bought these bra and panties for me and told me to wear them for her. She kept touching me and when I said I don’t like that she said someone has to teach me how to satisfy a man so she will be a man. I should do what a woman will do and through that learn because I’m a virgin and no one will teach me. She had dildoes Abena and up till when I left to the university we were like lovers. She didn’t want me to go to the university I chose because she said it was far from her but that’s the university I dreamed of going since I was 10. I met my first boyfriend there and that was it.

Oh I met her whenever I vacated but I attended a different church when I was in school so when I came home I always went to their branch. I’ll see her passing in her car and she one day told me to call or pay her a visit but I don’t know. I didn’t feel like it so I never went. I’ve never told my husband this. I don’t know how he’ll feel. I don’t like female friends too because I don’t want to do that again. Thanks.

In this article:Crime, Ghana Police, Rape