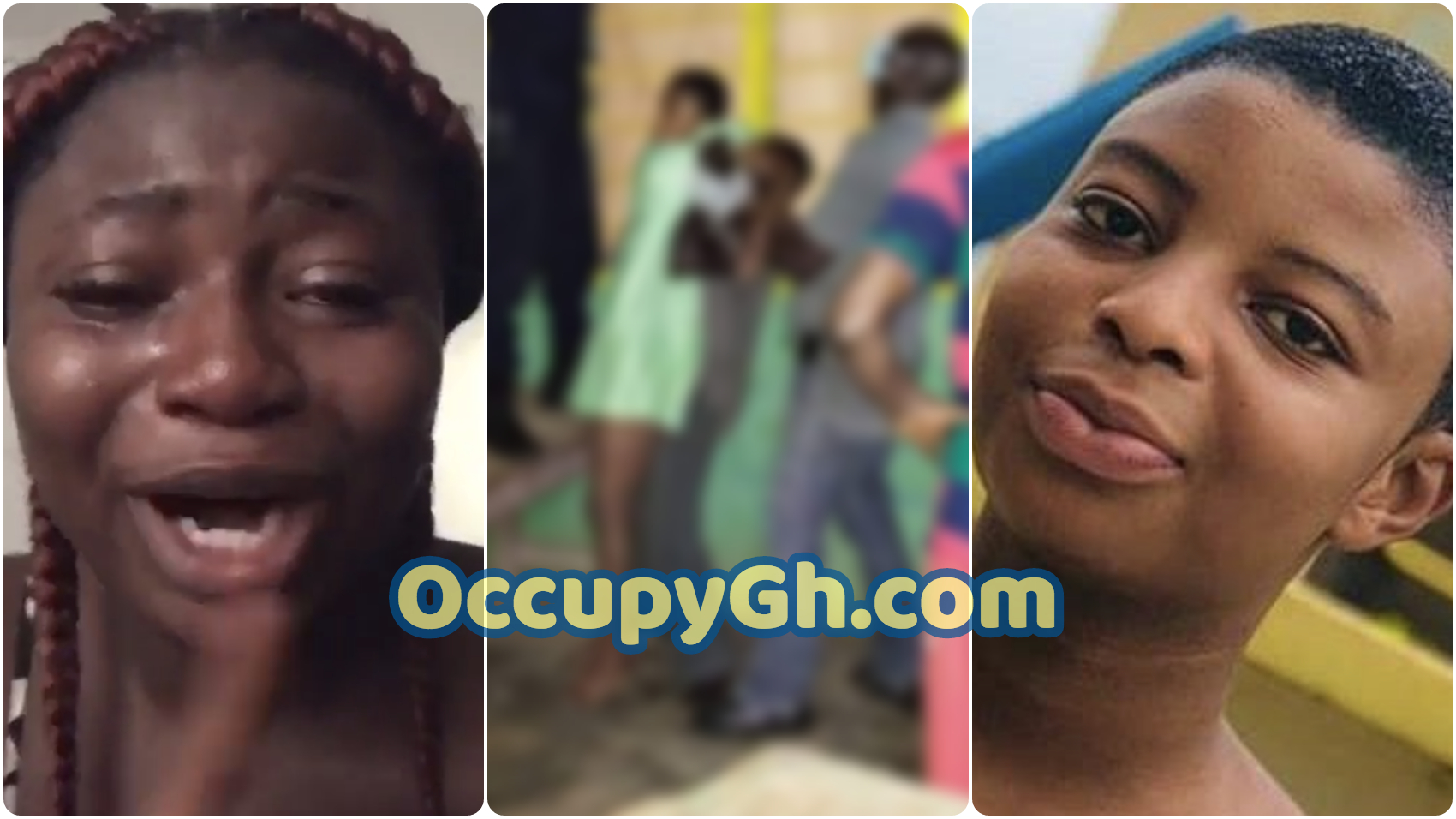 A video of Leticia Kyere Pinaman‘s sister, revealing that Leticia was killed and hanged as she breaks down in tears has just popped up online.

Leticia Kyere Pinaman, 17, was found hanging on the ceiling in the dining hall of Miracle Senior High School in Sunyani.

The headmistress of the school has reportedly narrated what she saw the morning when she was found hanging:

“I was in the kitchen when I heard the students shouting… I rushed there and saw her hanging, so I quickly rushed to the church auditorium to call the proprietor and the proprietress,”.

Her mother also noted in a video sighted by OccupyGh.com as she cries out for justice. She asserted that her daughter was murdered and hanged in the school.

Just as we try to understand the sad situation, Leticia’s sister has also dropped a new video as she reveals the real cause of her younger sister’s death.