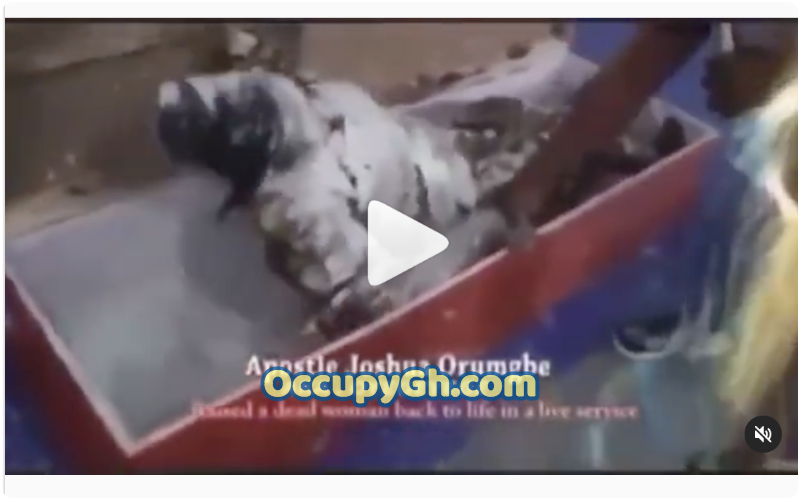 A popular Nigerian pastor, Joshua Orungbe a.k.a Oyegeyege, has reportedly raised a woman from the bosom of death as per a viral video that has just surfaced on social media.

In a video making rounds as sighted by OccupyGh.com, Pastor Joshua Orungbe could be seen praying for an allegedly lifeless woman who was covered in white powder.

It however did not take long before the supposed dead woman woke up from her coffin where she laid dead and began to dance.

This supposed miracle however triggered reactions online as some users called out the wonder as fake while questioning the excessive powder on the woman’s face and why she was buried in ankara outfit.

BREAKING:  Tiwa Savage Shuts Down The Internet Dancing In Her Latest Video

In this article:Instagram, Nigeria, Religion, Viral