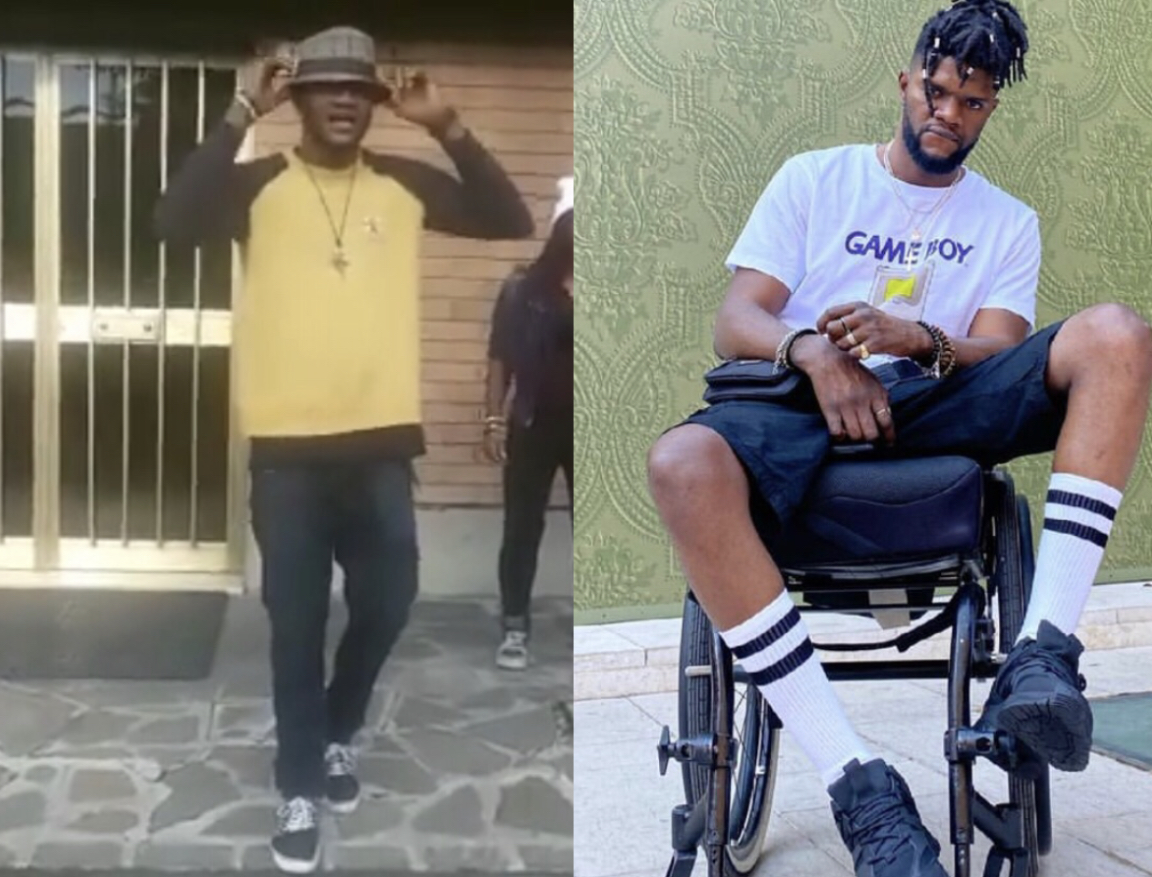 Former manager of Fameye who is known as Ogidi Brown after having a motor accident in Italy which led to his disability due to getting a severe injury in his spinal cord led him to become a cripple.

Ogidi Brown although is still capable of doing what he does best as an entertainer but the accident has affected his movements.

He is still making it big as his deformity came as a blessing in disguise. He became very known later after he got crippled.

However, a video has surfaced online. In the video, Ogidi Brown was sighted whiles on his feet giving out some hot freestyle. This was way back in 2013 during the Azonto and Amanda era before the accident.

In this article:Instagram, Ogidi Brown, Viral