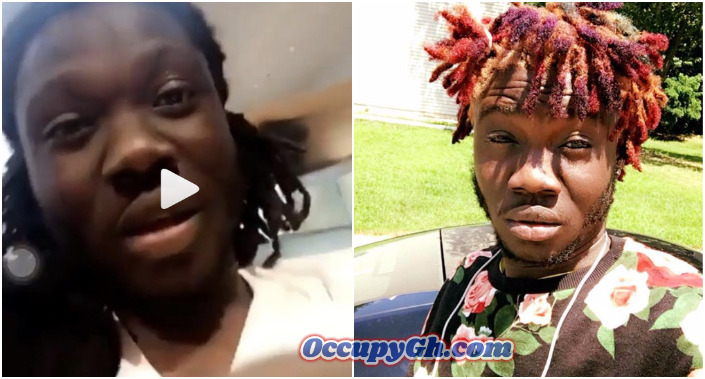 A video of Showboy, CEO of 2Hype Gang real name Sam Safo has just surfaced online. The video apparently shared by himself shows Showboy waiting patiently to be taken to prison.

In the video, the musician looked unperturbed as he waits patiently and jamming to his hit song dubbed ‘Sankofa’

Showboy who doesn’t look remorseful states in the video that he is ready to be taken to prison as he is fed up with everything.

The troubled musician yesterday was reported to have been sentenced to six year in prison to stabbing Junior, a brother of Shatta Wale in the United States of America.

Watch video of Showboy before going to prison: