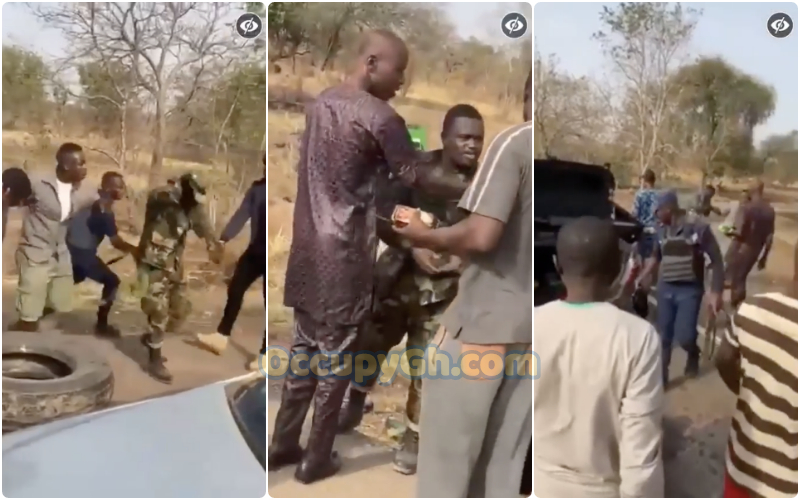 Soldier, 4 others Arrested For Armed Robbery In Tamale

A Ghanaian soldier in uniform and four other persons have been arrested for armed robbery involving a car in Tamale.

On 23/01/2022 upon information received from RCID/Tamale to the effect that some people attacked and robbed someone in Tamale of his Toyota Camry Vehicle and other items and fled towards Buipe direction.

BREAKING:  "My Naked Video Was Used To Blackmail Me" - Akuapem Poloo

The Buipe highway patrol team on duty at Sawaba Police checkpoint on Buipe – Tamale highway intercepted and arrested occupants of two vehicles with registration number AS8445-19 and GX6923-20 in connection with the crime.

The suspects were brought to Buipe Police Station

A search conducted on them found the following items. 13 assorted mobile phones, one Falcon Foreign Pistol loaded with 9mm ammunition, a wallet containing a bunch of keys together with two handcuffs key, two Voter’s ID Cards.