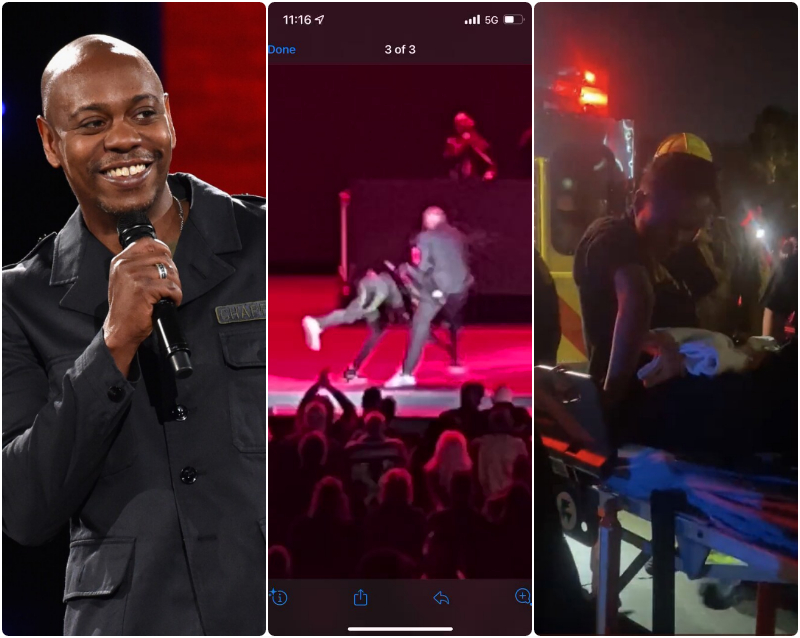 Someone Attacked Dave Chappelle At His Show But This Happened (VIDEO)

Someone just tried to attack Dave Chappelle on stage at the Hollywood Bowl.

The person was left with his hands broken and dislocated.

Video from the Netflix Is A Joke event shows the attacker charging onto the stage and tackling the comedian before being dragged off by security.

An unfazed Chappelle continued with his set, joking: ‘It was a trans man’.

Jamie Foxx, who was watching the show at the Hollywood Bowl wearing a sheriff’s hat, rushed on stage to help detain the attacker.

The attacker was later seen getting treatment from paramedics for a badly injured arm before he was taken to the hospital in an ambulance.

Someone just tried to attack Dave Chappelle on stage at the Hollywood Bowl 😳😳 https://t.co/PZI3RMRdjD