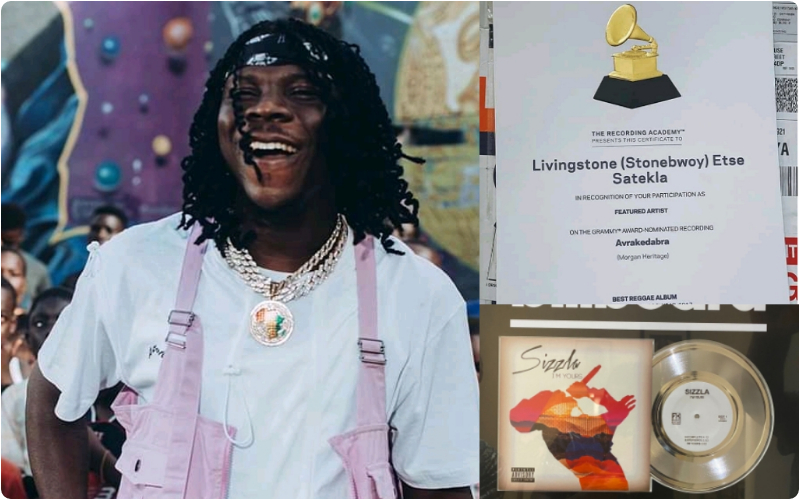 Following news of the list of nominees for the Grammys 2022, it was spread widely that Ghanaian dancehall artiste Stonebwoy was nominated three times by the Grammys.

However, new details reveal that this is not true.

A netizen, Chris Tsormanah delves deeply into the matter as he reveals the obvious.

It would have been a great news to hear Ghana had more than 1 nomination at 2022 Grammys.

But as it stands now, it’s only Legendary Rocky Dawuni who has been nominated – congratulations to him.

Stonebwoy worked on 3 different albums which have all been nominated but per the category definition, that doesn’t automatically make him a nominee.

At the Grammys, category definitions for Album of The Year, Record Of The Year, Song Of The Year, Best Music Video, among others extend the nominees to every artiste, songwriter, producer, mixer and mastering engineer who worked on the nominated project.

This year, Burna Boy qualifies to be a nominee because he worked on Justin Bieber’s ‘Juctice’ album which has been nominated in the Album Of The Year category. Should Bieber win that award, Burna Boy would be entitled to a Plaque(not just a certificate).

A similar instance is when both Wizkid and Ivy Blue received Plaques for their contributions to Beyonce’s ‘Black Skin Girl’. You know why? The category definition for Best Music Video extends the nominees/awardees to all the artistes, video producer and video director.

When Morgan Heritage’s ‘Avrekadabra’ in 2020, Stonebwoy received a Certificate(not a Plaque) for his contribution to the album. Per the category definition of Best Reggae Album, nominee(s) or awardee(s) isn’t extended to other creatives who worked on the Album. Only the main artiste(s) is recognized as a nominee(s).

No malice intended, this is for public education. Nowadays, the lookalikes of celebrities in Ghana have been a thread. Anyone who thinks he resembles artists comes out to mimic the artiste to...